A new project is underway after liberating my childhood Bruins binder from its banishment in a closet for close to 20 years. Collect every Cam Neely from his playing days. Here is the first step with a TCDB trade giving me a few I didn't have, some American versions of Score and a French Pinnacle. This puts me up to 180 different Neely cards. 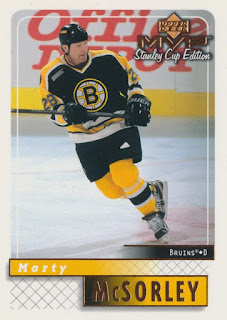 Also included is what I think is McSorley's only Bruins card, unfortunately more remembered for hitting a guy in the head with his stick rather than a pretty good and long NHL career. 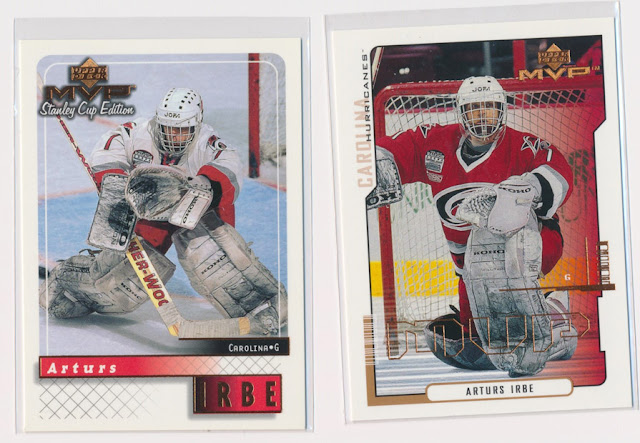 A couple new Irbe cards for the goalie binder, which has a pretty large Irbe section already. 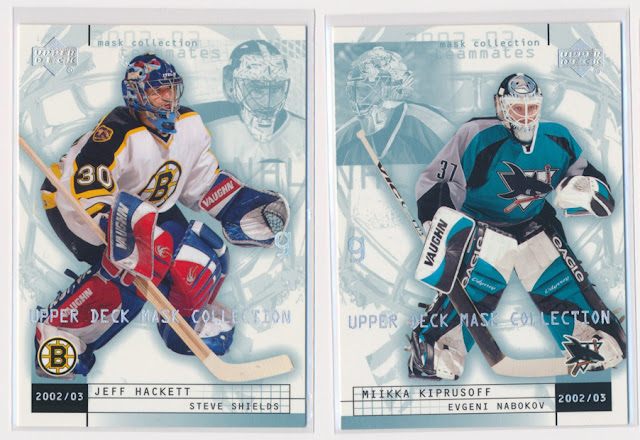 and a couple more goalies including my first Jeff Hackett with the Bruins.
Posted by Rosenort at 16:37