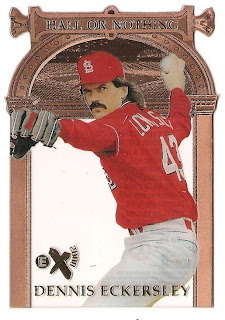 A 20 card set inserted into 1997 E-X2000 at a rate of 1 per 20 packs. These cards are not only acetate but die-cut as well adding to the weirdness factor. A nice clean design without to much going on, I really like the design of these.

The interesting part of this insert set is the idea of predicting Hall of Famers. In 1997, most of the 20 players featured were on the path to the Hall, but we all know that things happened in that era to change that. Below is the checklist and the players current Hall of Fame status. 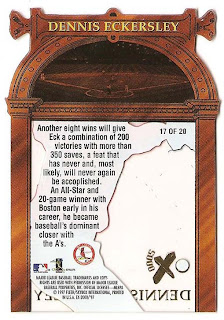