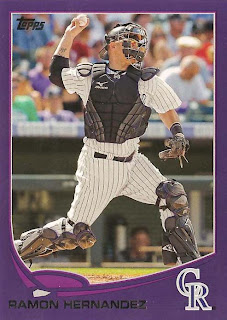 Another small Sportlots order, I noticed the seller lowered the price on the Toys 'r us Purple Ramon Hernandez, probably the hardest to find of the retail parallels, so the search began to find more cards to even out the shipping. I can't believe I didn't pick up the 2011 Gypsy Queen of Gary Carter in an Expos uniform until now, I love seeing Expos jerseys in newer products. I already had the Craig Counsell base but not the foil, that completes the Craig Counsell Rockies Rainbow. Jim Abbott was a player I collected as a kid and didn't have a card of him with the Brewers until now, it fits into the "pitchers batting" collection and is my first 1999 Upper Deck card. Brandon Inge fits into the catchers with hockey masks collection featuring a pretty decent paint job on his 2000 Just card. 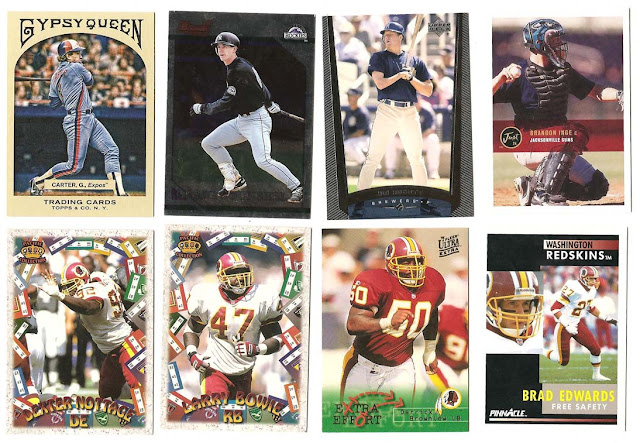 I also found a couple of obscure Redskins I didn't have cards of, the 1996 Pacific Litho-Cel Game Time cards are terribly ugly, but I think that is the only Dexter Nottage Redskins card. The 1991 Pinnacle Brad Edwards is rookie of one of my favorite Redskins and almost Super Bowl XXVI MVP.
Posted by Rosenort at 11:44