Two separate eBay auctions merged into one post. Part of the quest to complete my first rainbow, the 2013 Flagship of now former Rockie and current Dodger Ramon Hernandez. 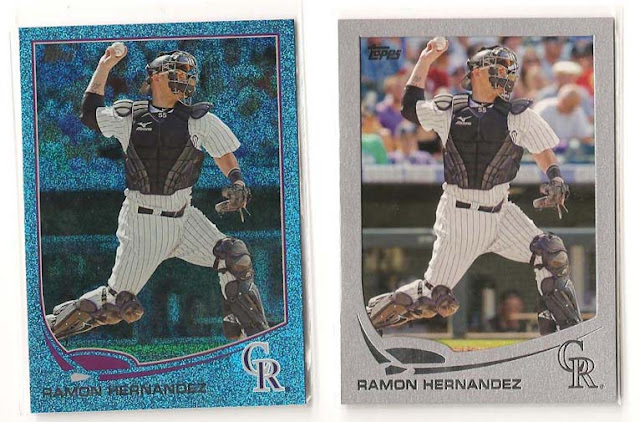 Pretty nice cards, I overpaid for the blue thinking they would be hard to find, but for cards that are reportedly limited to a print run of 150, they are very easy to find for reasonable prices. They don't scan great, but look really good in hand, similar to the emerald green parallels. I thought I made out ok with the silver as it's limited to ten and only 2 have shown up on eBay so far. The silver is a framed border, think Gypsy Queen framed parallels, and looks really nice with the name and the logo having an etched look, really simple and works well.
Posted by Rosenort at 11:50