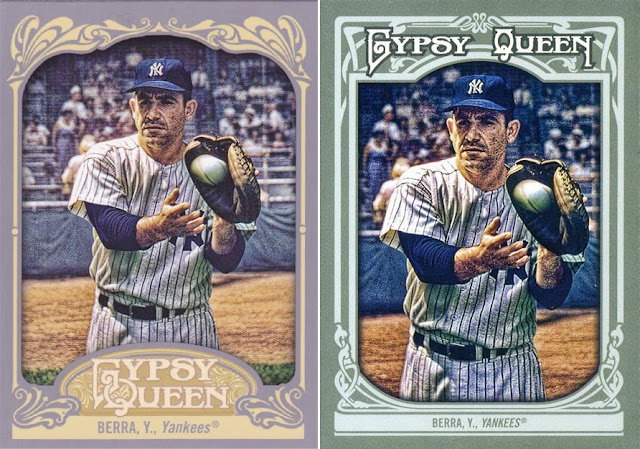 Not an April Fools joke, although I wish it was, here we have 2012 and 2013 Gypsy Queen Yogi Berra. I noticed Topps used the same couple photos for a bunch of 2012 Drew Pomeranz cards, but they at least were cropped a little different, but using the same photo of the same player in the same brand is seriously ridiculous. I also noticed the Tulowitzki card looked familiar.WTF. 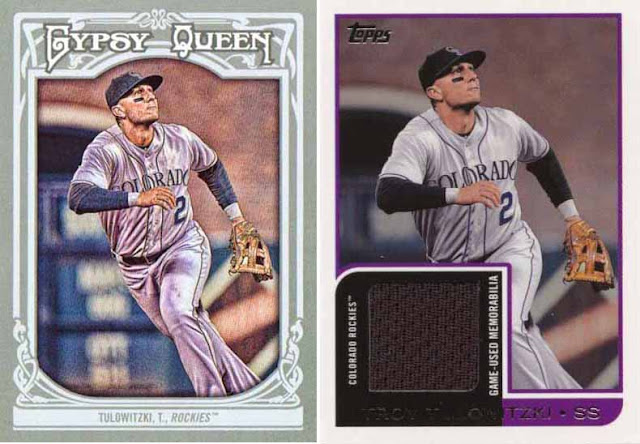 Also pointed out in the comments, Gary Carter. 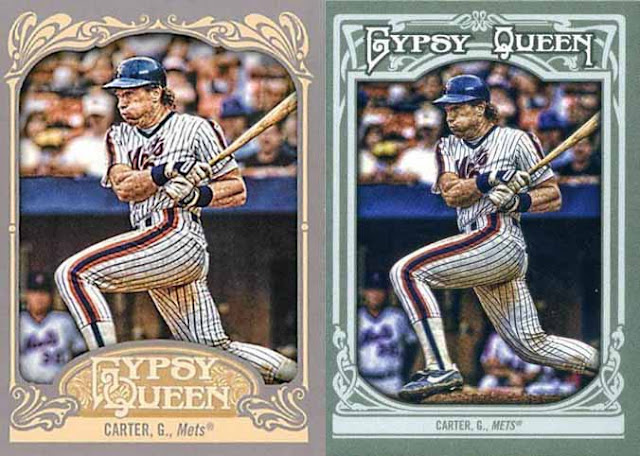 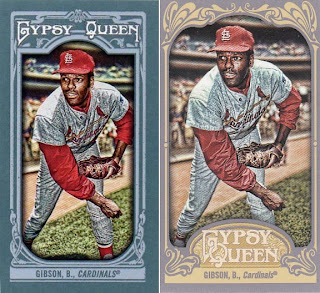 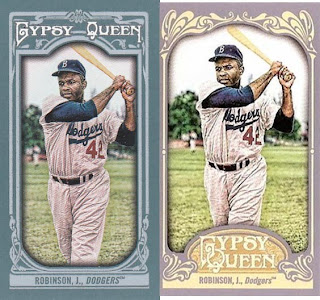