A Swing and a Trade 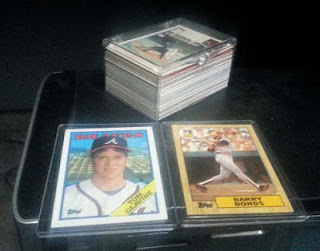 A trade proving one man's junk is another man's wantlist. In return for a pile of early 1990's Donruss, the fine human being behind Swing and a Pop-up send me a pile of stuff from my Zistle.com list including Tom Glavine and Barry Bonds rookie cards along with a pile of the usual suspects seen above and below.


More Rockies, a Carlos Gonzalez I for some reason I didn't have with a nice photo from the 2009 playoffs. A Canada themed Larry Walker that is another card I was suprised I didn't have yet. 2000 National League Gold Glove shortstop Neifi Neftali Perez (Diaz). Another Larry Walker, this time from the oddly named Donruss VxP 1.0 set, a set I have never seen before, but a really nice card. Joe Girardi goes into the Rockies catchers collection. 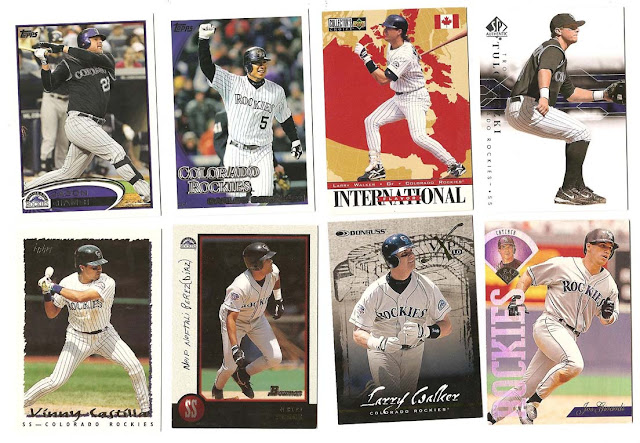 Nothing makes me happier than random cards from my Zistle list. Benny Distefano played in 240 MLB games, but is probably best known for catching 6 innings over 3 games in 1987 making him the last left-hander to catch in a MLB game. No collection is complete without a 1994 Topps George Brett, now I have one. I have a small Jim Abbott collection and really like the card commemorating his no-hitter. The Dante Bichette is a rookie card of the current Rockies hitting coach. 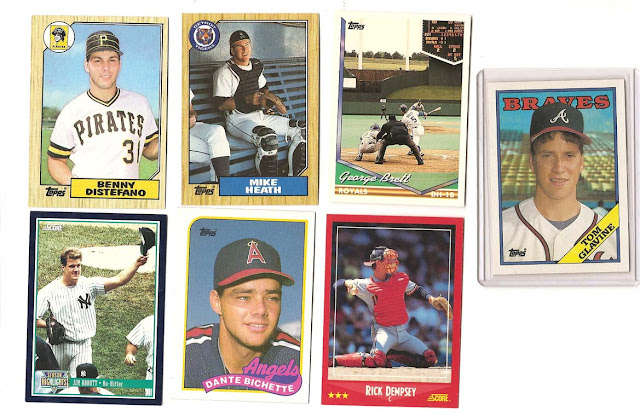 There were also some football cards in the stack, Art Monk was my favorite player as a kid and my collection of his cards is embarrassingly small. There were 3 Mike Schad cards, he is notable as the first and only player to be selected in the first round of the NFL draft out a Canadian College. Thanks for the trade!