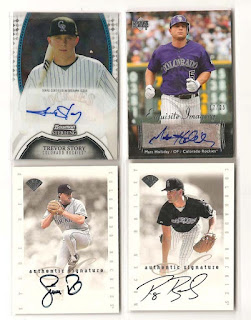 Going through the cards to sort/post folder I found a couple scans from a COMC order and figured I might as well show them off. The main card was a Matt Holliday autograph numbered to 25 filling in the biggest hole in my Rockies autograph collection. Trevor Story is a highly ranked Rockies prospect and Lance Painter and Steve Reed are from early Colorado teams of my youth. Lance Painter might be best known for having to pinch hit in the 1995 playoffs after Don Baylor burned though his bench.


Two more Ramon Hernandez for the 2013 rainbow, leaving me needing the Pink card to complete it, a Jason Werth for the catchers collections and a Larry Walker rocking a bandana.

A couple relics, the Larry Walker has a plastic mesh and is a pretty cool card, Kaz Matsui was the starting second baseman in the Rockies 2007 World Series year, this was a card I was looking for even though I am not a huge fan of the Turkey line.

No suprise to see some Gypsy Queens, the two D-Backs are short prints. More 2012 Pomeranz cards that I have been loading up on and some obscure Rockies that were needed in Ross Gload and Sean Barker. Barker only lasted 3 games in the majors and was hit by the first major league pitch he saw. 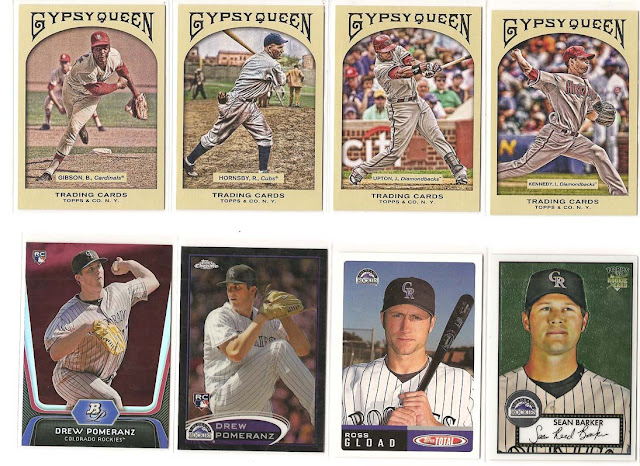 Lastly a few Redskins, the RGIII from the National was high on my want list and the Brad Johnson is one of the few tabacco size football cards I have seen. I am always on the lookout for Brad Edwards and Sean Taylor cards, and the rest were guys I didn't have cards of yet. 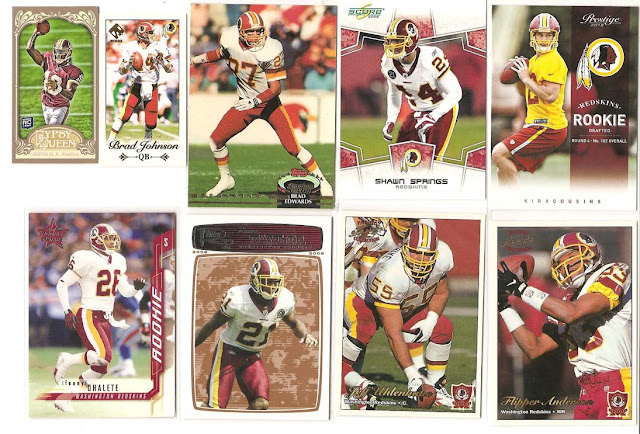