Trade From The Dollar Store 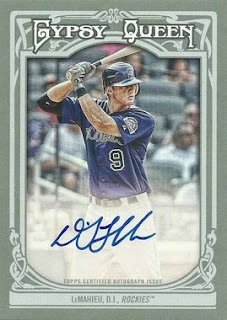 A quick trade with Sportscards From The Dollar Store, one of the few trades I have done that haven't crossed an international border. I was offered a 2013 Gypsy Queen D.J. LeMahieu autograph which was much needed as it is the only LeMahieu card with the Rockies. Also included we have some 2013 GQ base, leaving me 6 shy of the non-sp set, the 2 Rockies mini photo variants, Wilin Rosario Collisions at the Plate, and a 2012 Colby Rasmus to replace the one I took from the set binder to get signed. 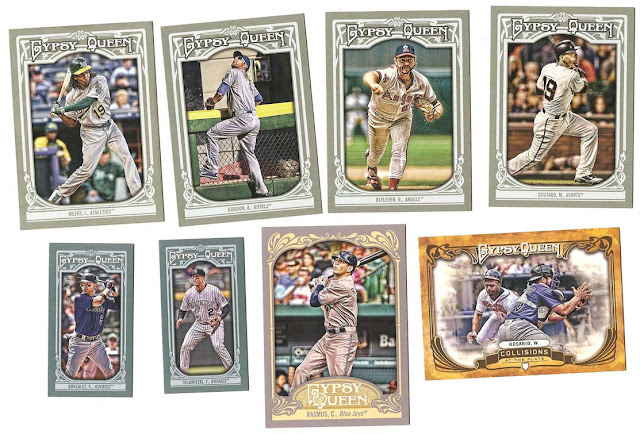 Some really nice Bruins cards were in the package as well, the Phil Esposito Black Diamond is a gorgeous card, the Marchand and Seguin art nice and shiny, and the "Knuckles" Nilan is from the French version. 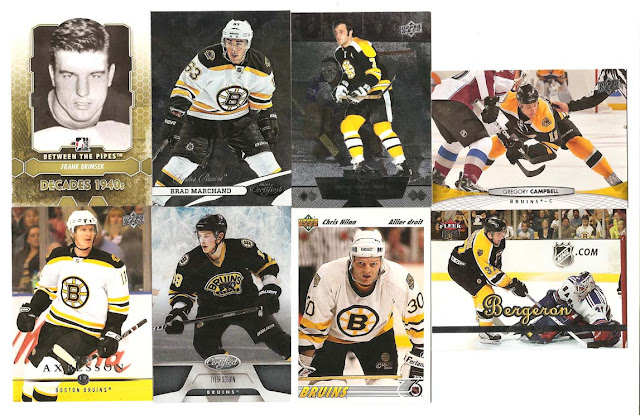 Finished off by some Redskins, with a nice Kirk Cousins rookie from the Topps Prime set. Thanks for the cards and the trade. 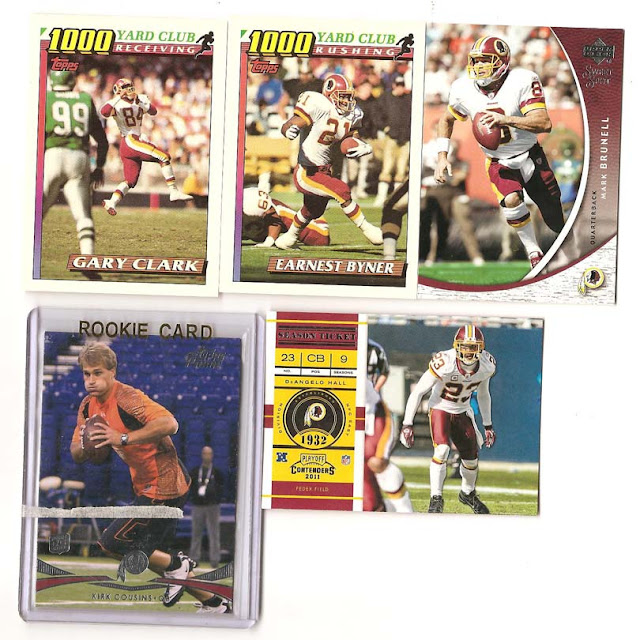