Check Out My Rockies 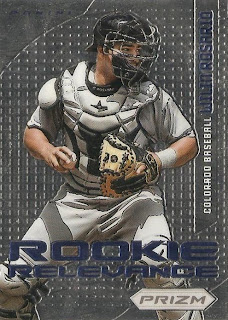 Another load of Rockies cards from COMC. While not being a fan of unlicensed cards, they usually have nice catcher cards as the equipment makes editing the photo unnecessary. This card of Wilin Rosario is instantly one of my favorite Rockies catchers cards.

The Eddie Butler autograph an on-card auto which is nice, but it is kind of an ugly card, but I got it for cheap and Butler has been the best pitcher in the Rockies system this season. The Ben Petrick is also on-card and a nice addition to the catcher collection.

More catchers with Rogelio Arias, a Charles Johnson bat card, and two more Ramon Hernandez cards for the rainbow attempt. Joe Kennedy set a then Rockies record with a 3.66 ERA in 2004 before sadly passing away in 2007. The Pomeranz is limited to 199 and this one is #1. The Helton is an acetate and will be in an upcoming acetate appreciation and the Gary Wayne was the second the last card I needed for the Rockies frankenset. 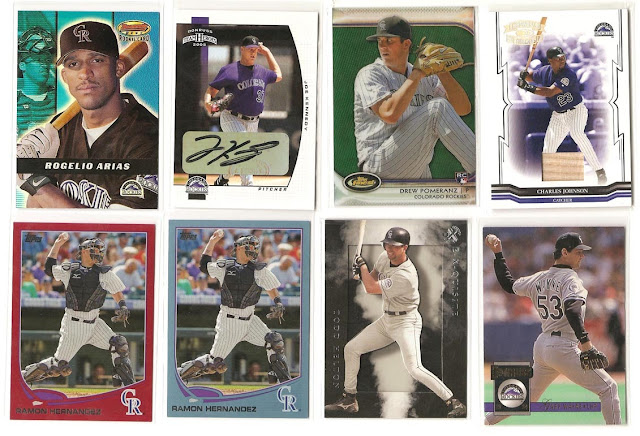