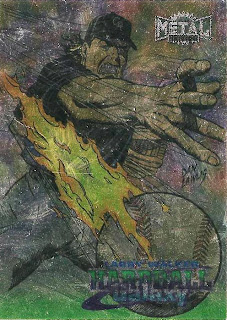 Wrapping up the stuff brought back from Colorado by my parents is a stack of Rockies cards bought at Coors Field. They were selling 50 packs of cards at the park and I ended up with two of them, and surprisingly I needed most of them. My favorite has to be the 1998 Metal Universe Larry Walker. It didn't scan worth a crap, but is really a thing of beauty with the comic book style drawing on shiny foilly stock with a flaming baseball and Walker's mullet flowing, mid 90's at its best. There was also some 1994 Flair, I collected some Flair hockey and was amazed at the cards coming in cardboard box packs, early attempts at high-end. Another set I collected hockey cards of was 1994 SP, a set I really like, but never had any Rockies until now. Overall a pretty nice repack with a nice mix of brands and years with very few cards I already had, nice addition to the collection. 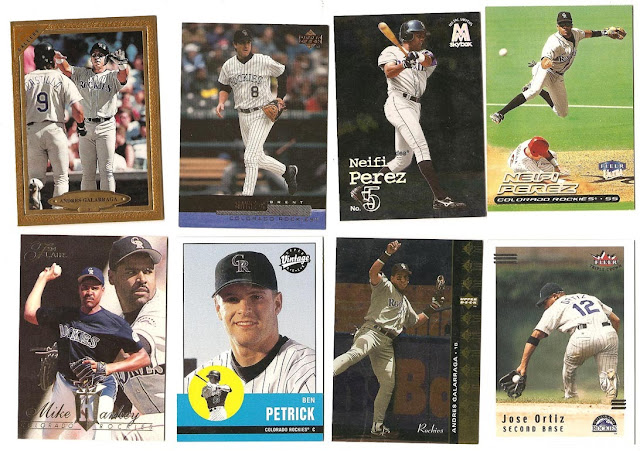