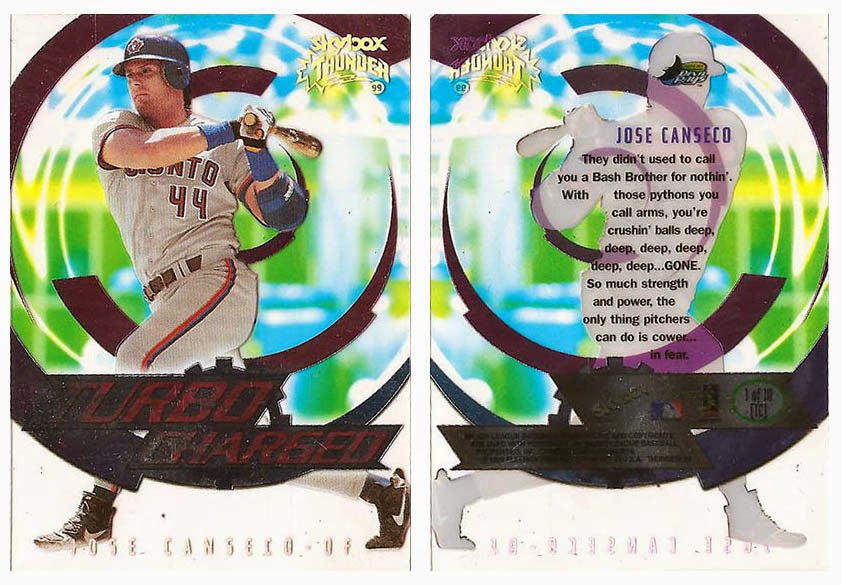 First released in 1996 by Fleer as Circa, this line later became Circa Thunder and in 1999 was released as Skybox Thunder. Another weird set from the pre-Topps monopoly era, when every company had multiple brands and they had to try new things to get noticed in a flooded market. These Turbo-Charged were inserted at at rate of 1:72 packs, or one every two boxes. A ten card insert set featuring power hitters of the day, the design is fairly nice, but nothing ground breaking, not really doing anything unique with the clear medium. These cards are also very thin, making the card flimsy, something that I really don't like in acetate cards.
Posted by Rosenort at 11:43