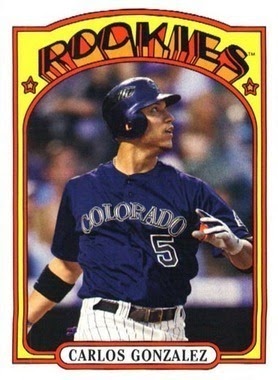 I am a couple weeks behind on things so I am just finally getting around to posting some stuff that has been paying around for a while. This time is some free cards from the Too Many Verlanders spring cleaning giveaway. I managed to scoop up the Rockies and Redskins and was very happy with the results. Starting off with the Rockies card that was visible on the pile, a Carlos Gonzalez 1972 style mini that I needed. 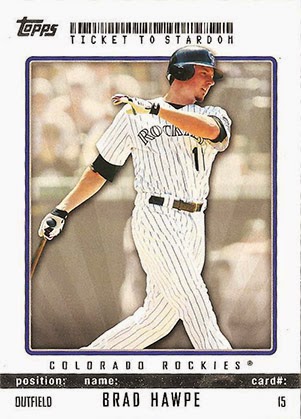 New Brad Hawpe cards are always welcome, and this is from a set that I had never really seen before. I was a huge Hawpe fan, and almost bought his jersey once or twice. 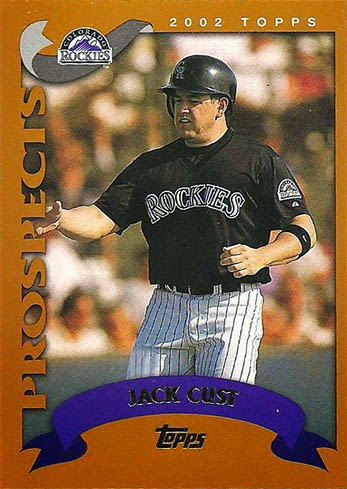 A Rockies short term stop, Cust played 35 games with Colorado in 2002 before finding a home in Oakland in 2007. 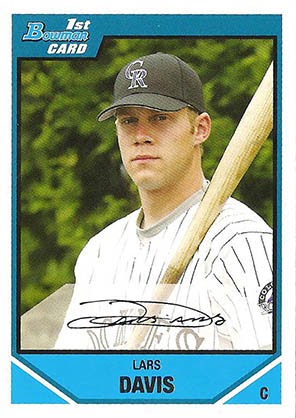 A good Canadian prairie boy from Alberta, Lars Davis played 7 seasons in the Rockies organization and has split 2014 between the Phillies and D-Backs systems.

and a few more from the want-list of Rockies prospects that never made it to the majors with Colorado.

On to the Redskins, some nice Ryan Kerrigan, if I had to pick my favorite current Redskin, it would probably be Kerrgian.

Santana Moss is not the first name the comes to mind when thinking all-time great Redskins, but he currently sits 3rd in career receptions with 571, 4th in yards with 7,751 and 7th in touchdowns with 47.

Finished off by some defensive backs, nothing is nicer that old Stadium Club cards. The David Amerson rookie is my first card of him, and a couple LaRon Landry, one of the bigger disappointments of the last few years as the 6th overall pick.

Thanks for the generosity and the great package !