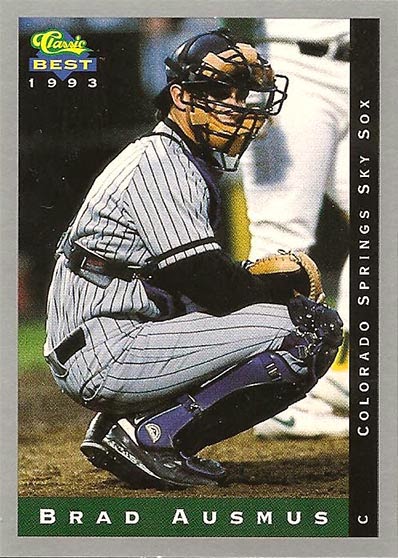 Another smallish Zistle trade to post, this time highlighted by a minor league card of Brad Ausmus. Ausmus was selected by the Rockies in the expansion draft from the Yankees, but was traded to the Padres before making his MLB debut. The small Rockies logo on his shin guard are enough to add this to the Rockies catchers collection.

A couple more Rockies from the era I started really following baseball. 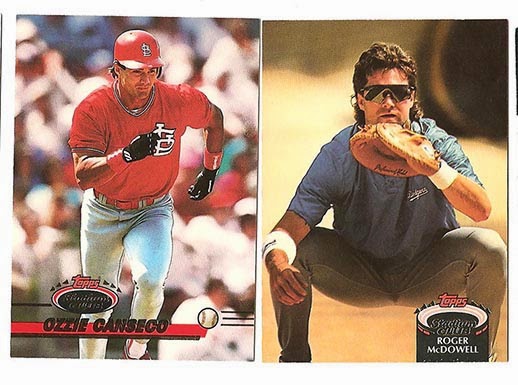 A couple Stadium Club cards, I never realized that Ozzie Canseco played for the Cardinals, or that Roger McDowell thought he was a catcher. 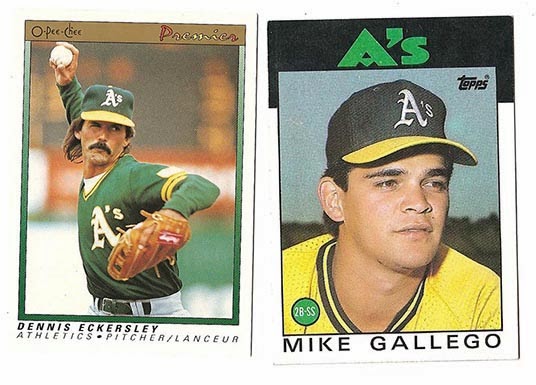 A couple A's from the 89 Championship team 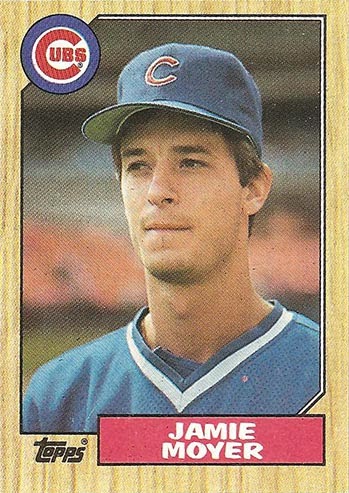 And finally a Jamie Moyer rookie card, I am finally over his thankfully short, but still terrible Rockies career enough to add this to my collection.
Posted by Rosenort at 11:29