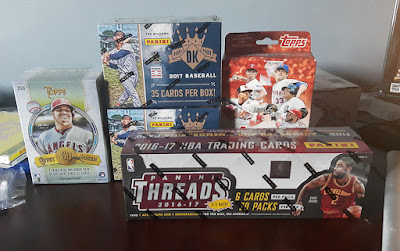 Finally finishing off my April Showers Blowout order, this was one that really caught my eye after missing out on it during the Black Friday sale, 2016-17 Panini Threads Basketball. 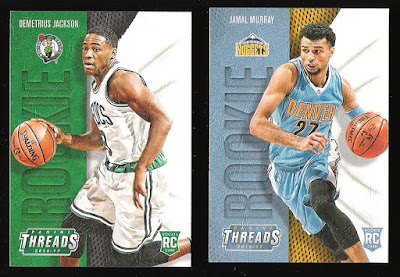 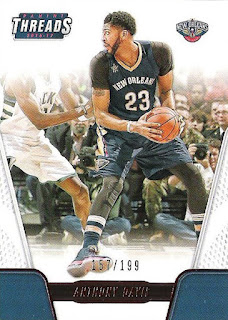 And my lone base parallel, a Century Proof Red numbered to 199. There are some sweet parallels in this product, but they are pretty hard to pull. 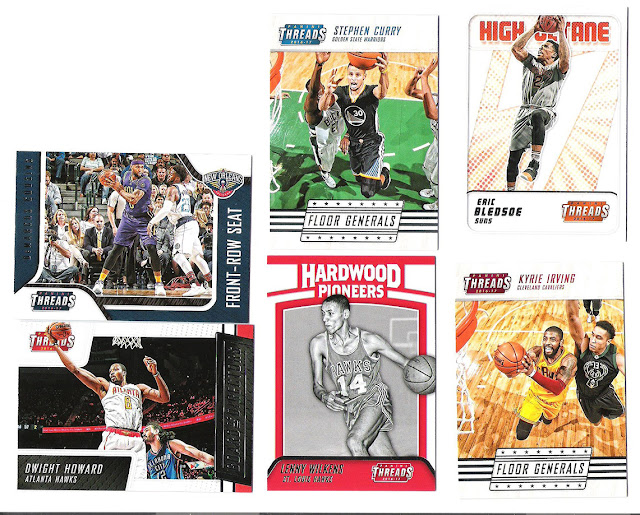 Lots of inserts to be had, in total

These are the parallel insert, including the chromey-my-scanner-sucks Isiah Thomas 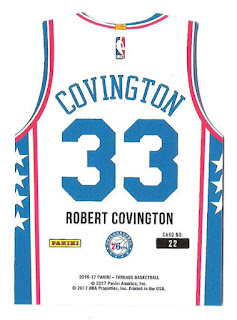 Two of these weird things, one is already on it's way to a new home. Kind of a weird vinyl feel like the Diamond Kings cards. A neat idea, just didn't really turn out. 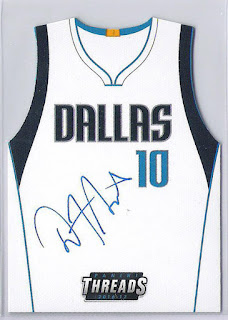 My promised auto Dorian Finney-Smith, not really familiar with him, and this card does tell me much other than he wears number 10 for Dallas. 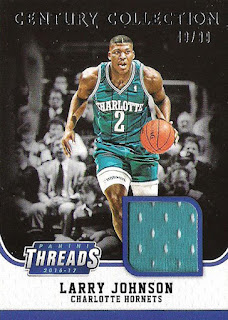 By far my favorite card of the box, a Larry "Grandmama" Johnson relic. A player from my youth with a non-white swatch, kind of a 90's teal thing.

Nothing great, but a fun, cheap break that scratched my wax itch for a while. I'm not building the set so if anyone is looking for some basketball, most of these are for trade.
Posted by Rosenort at 21:51