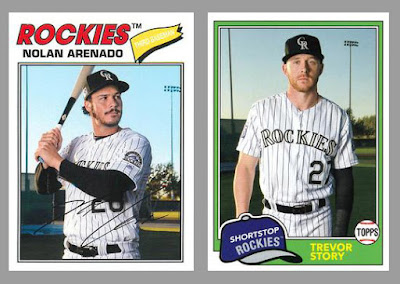 Another trade in what is turning out to be a pretty busy month or so. This one with some Archives. The most recent Archives featured 1977& 1981 Topps, which is interesting because I believe this is the first time that Rockies have been used on these years. I still wish they used action shot on archives, but still nice cards either way. 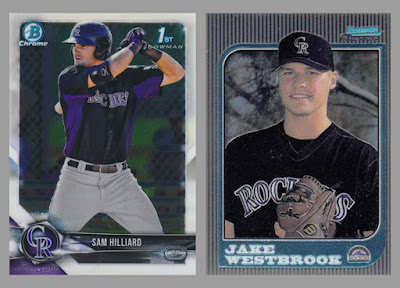 A couple new Rockies, Sam Hilliard is currently in the AFL and Jake Westbrook, who was traded to the Expos in the Mike Lansing trade before making the majors and ending up with a pretty good MLB career. 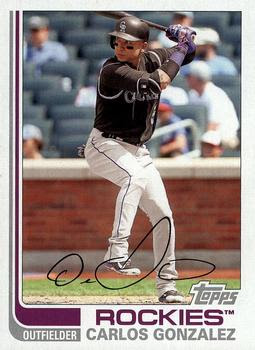 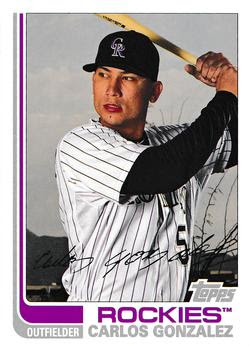 The above mentioned 2013, not a part of the trade, very weird how the signature changed from the whatever is on the 2013 to his actual signature on the 2017. 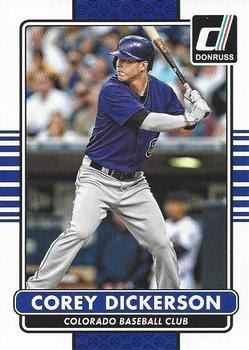 2018 Gold Glove winner Corey Dickerson from his Rockies days. (I am still a sucker for Donruss) 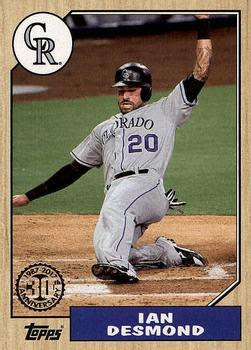 I love the 1987 design, and I really love when Topps uses the CR hat logo over the mountain logo. 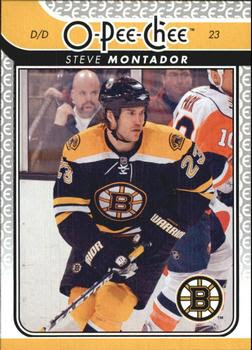 The lone hockey card, Steve Montador, very briefly a Bruin and a story with a very sad ending.
Posted by Rosenort at 19:07