What's In 2 Blasters of Update? 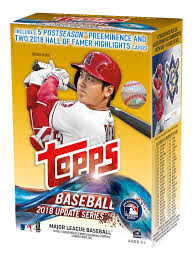 I like Update, players with new teams, weird middle relievers, utility guys and rookies. This year I got a little caught up in the rookie class hype and picked up two blasters. 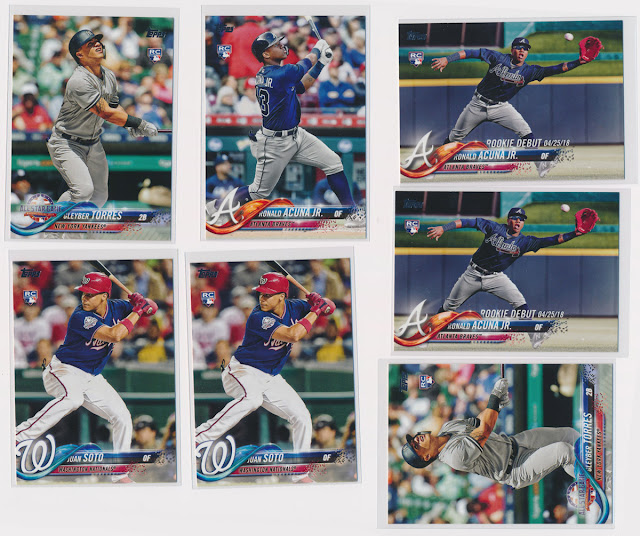 So let's get that out of way first thing. 2x Sotos, 1x Acuna regular, 2x Acuna Rookie Debuts, 2x Glyber Torres All-Stars. Not bad for two boxes. As far as base cards go I was pretty choked I didn't hit any of my wants, no Rockies (there are only two regular update and 3 All-Stars) , no Derek Rodriguez, no Tommy Kahnle and no Lourdes Gouriel. I did pull a few keepers, but am not building the set, so if anyone is looking for singles, I have a stack for trade. 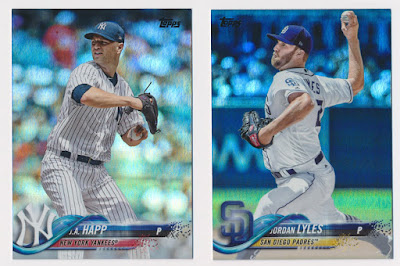 I was expecting more than 2 parallels per blaster, but that is what I got, a Rainbow Foil and Gold per box.

the previously mentioned Golds. I have to say I am not a fan of the team cards, just get rid of them and give me a few more middle relievers and I will be happier.

4 of the 5 1983s I pulled including Canadian Tyler O'Neill and a parallel of a Rays guy with an unreadable name (It's Blake Snell).

Another thing I don't need is parallels of inserts. Here is a base, a black and a blue. No serial numbers, just different borders, no thanks. In total 4 base, 2 blue and 1 black.

More inserts and parallels, I like the base cards of these, reminds me of the 2014 "Future is Now" set. Although Justin Upton is a 12 year veteran, hardly a Legend in the Making. In total 6 base, 2 blue, 1 black.

More inserts, more parallels. I might not have even noticed the Smoltz unless I had pulled the base card along with it. Always happy to pull a Johnny Bench card. In total 11 base, 1 blue.

More inserts, in total 2x International Affair, 2x Don't Blink (I really like these, but again, no Rockies), 2x Storybook Endings (Choked there is no Helton), 6x Salute including the recently passed Willie McCovey.

And the guaranteed "hit", a manu-relic from Jackie Robinson day, these are actually pretty nice,  but I don't collect either guy, so they are both up from grabs.