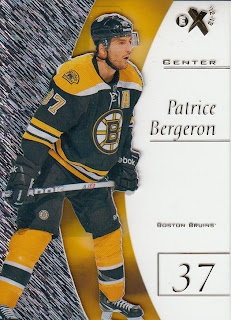 That might have been the craziest ending to a series I have ever seen. Things looked pretty grim after Boston lost games 5 & 6 and were down 4-1 with 10 minutes left in the 3rd period of game 7. In all honesty I was just hanging on to watch the last 10 minutes of hockey that I really cared about this season, even Horton's goal to make it 4-2 did little to make me feel better, but after Lucic scored to make it 4-3 you could almost feel it, it was gonna happen, and it did. You knew that after the 3rd period collapse, that Toronto wasn't gonna score in OT. Seeing Lucic step up and put the team on his back was huge, and it seemed like he knew that if they lost this game he was probably gonna be moved in the offseason. In overtime Seguin finally stepped up and got his first point of the series on the final goal. Little needs to be said of Patrice Bergeron, Chara might be the captain but to me Bergeron is the face of the Bruins, and who better than to score the winning goal and give this Bruins fan a few more games to yell, cheer and swear loudly at the television.