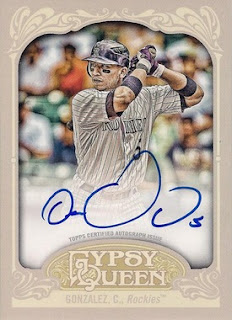 Box 2 has been cracked and I will not break it down as much because I mixed the minis up. The hits improved on the box big time, Carlos Gonzalez was on the top of my "guys I need auto's of" list that that pull was nice, I don't collect Lincecum but probably would if he wasn't a Giant, I despise Upton, and the Heisey is a lame pull, but a fun box overall. The real highlight of this box was no one double, in the whole box, there was not two of the same card, awesome.

Over two boxes I am only missing 18 cards from the base set with 77 doubles. I really like this set, scans don't do the cards justice. 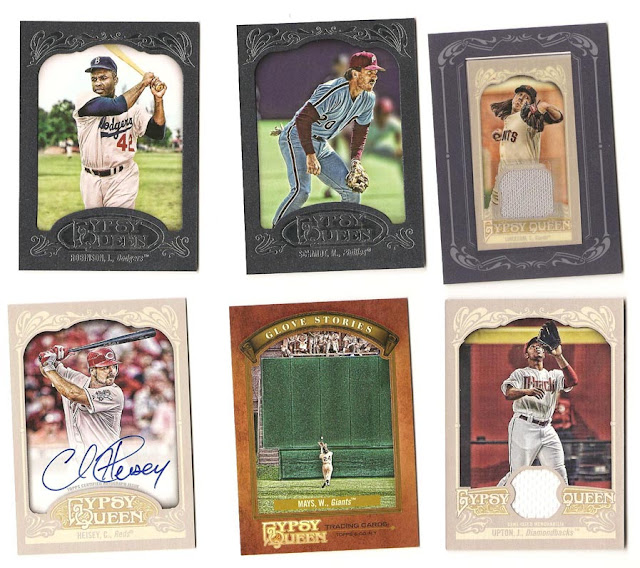 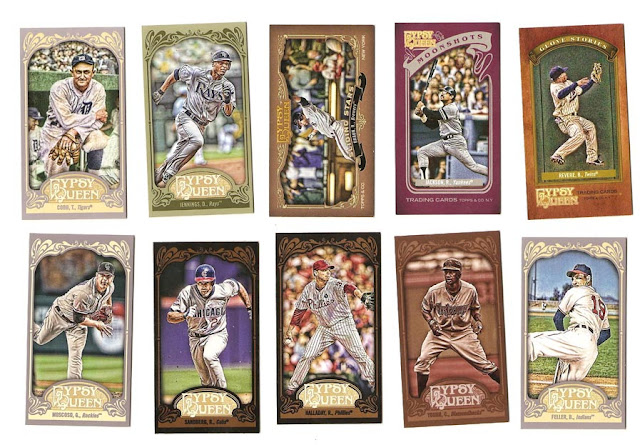