Trading for some Canadian "Junk"

After opening a pretty fun box in 2014 Upper Deck CFL, I dug into the old football box and pulled out probably the junkiest of all junk wax, 1991 All World CFL. 1991 was the year the CFL gained some press with Bruce McNall, John Candy and Wayne Gretzky buying the Toronto Argonauts and signing Rocket Ismail away from the NFL. All-World jumped on this releasing a 110 cards CFL set, including 9 Ismail base cards, 1 promo and a Autographed card. 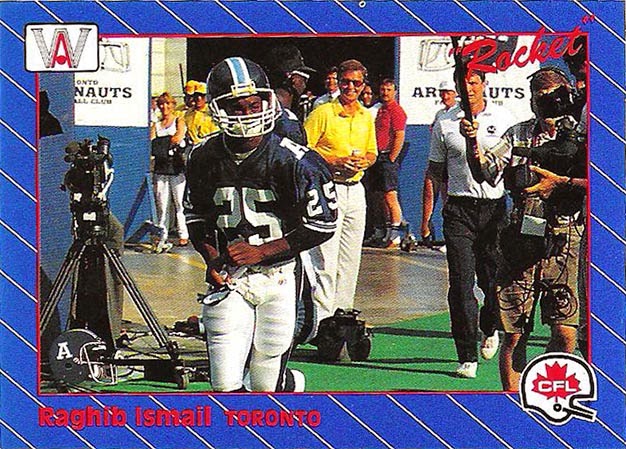 After entering my cards into zistle I checked with what I didn't have and found a trade partner in fellow Canadian olerud363. He managed to knock 7 cards off my want list, including the lone Ismail I was missing, leaving me 19 cards short.

The ninth Bowman Black Collection autograph to find it's way into my PC, Rosell Herrera who was listed as the Rockies 8th best prospect by Purple Row, and 6th by MLB.com. Coming off a breakout season in 2013 in which he was named the South Atlantic League MVP with a .343 average, 16 home runs and 76 RBI, Herrera struggled in 2014 with a .244 average and is now being converted from a shortstop to an outfielder for the 2015 season.
Posted by Rosenort at 15:12 1 comment: 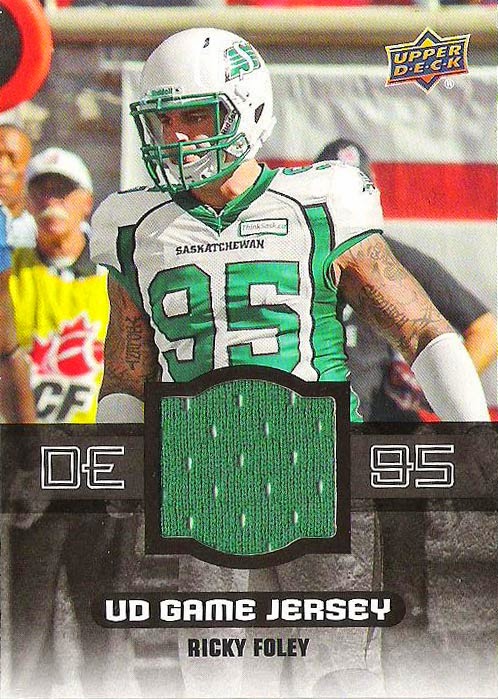 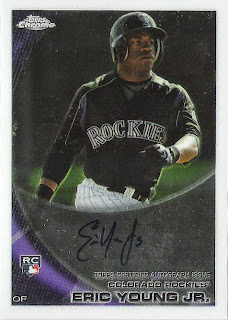 I usually try and send out more cards in trades than I get back, and this trade was a big example of this. Three cards coming back exchange for a pile of 2014 Topps Inserts. Starting off with a Topps Chrome Autograph of Eric Young Jr, a second generation Colorado Rockie who stole 70 bases in 313 games with Colorado, and led the National League with 46 steals in 2013 splitting the season with the Mets. Young could always steal bases with 87 and 73 steals in 2006 and 2007 in the minors, his main problem was finding a spot with the glove playing second base and in the outfield. 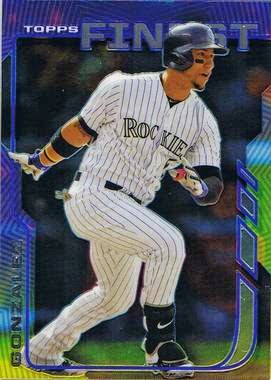 Another Zistle trade, this time sending some early 90's Upper Deck hockey away for baseball. 15 of the 16 cards I received we from 2014 Bowman Platinum, the only exception being the above Carlos Gonzalez from this years Finest set. Not a card that was high on my wantlist, but I wanted to see if these cards were are ugly in person as the look in scans. My opinion on this set has mellow from "Oh my God, that is the worst looking card design I have ever seen", to "Yup, it's ugly alright". Ever year Topps Finest pushes the boundaries of terrible looking baseball cards, and this year is no exception.
To clease the eyes I did scan a few of the better looking cards from a set that I really like to design of.

First card show in about a decade with 2 pickups

There are a lot of things I have done since getting back into collecting, but one thing that was missing was going to a card show. This past weekend it just happened that I was in the city for a wedding the same day an actual sports card show was going on. It was pretty much what I expected, around 20 tables with about 95% hockey. Very little wax, almost nothing for dime and dollar boxes, pretty much everything was overpriced modern relics and auto's with a bit of vintage mixed in. With almost no baseball or CFL, my main goal was to find a 1971-72 O-Pee-Chee Bobby Orr in decent shape. I already had about 10 Bruins from that year, and the Orr was going to be the most expensive card to finish the team set. After about ten tables I found one that looked good for only $25.00. After asking to look at it, it had serious paper loss on the back, all four corners, like it had been taped into a book, even at a discount from the original $25, I was not interested. A few more tables in, another 1971 Orr in good shape, again for $25.00, again leading to disappointment as flipping it over revealed it to be Topps instead the OPC I desired. Stopping a the last table there was a Bobby Orr, right on the price tag "1971-72 OPC" with "$100.00" underneath it. Then to the right of that "Sale, $25.00" 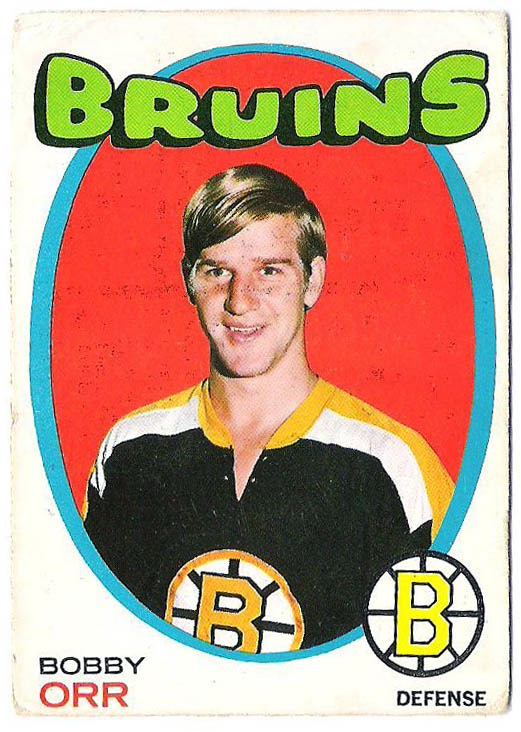 It's a little off center, has some imperfections on the surface and the corners are a little soft, in no way a $100.00 card, but for $25.00 cash I am pretty happy with it. As with most vintage, the scan really brings out the flaws, but it looks good in hand, and after looking on secondary markets, I think I did pretty good for $25. Walking up to the dealer a stack of Young Guns caught my eye and after coming up empty looking for a Torey Krug, I did grab a Carl Soderberg, marked at $10, on sale for $2.25, and it ending up being a throw in with the Orr for a total of $25.00.

In honor of the Redskins beating Dallas this past weekend we will start with a couple Redskins from a recent Zistle trade. Brad Edwards was a favorite defensive player from my early years, so I will always add any cards of his I can. A couple receivers from the current team, I really love when team colors are prominently displayed and 2014 Prestige does this well.
Read more »
Posted by Rosenort at 09:57 No comments: