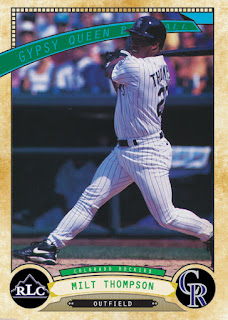 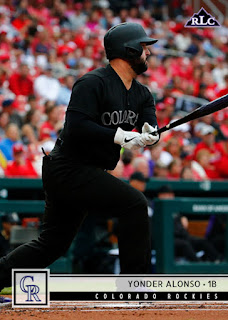 The Player: Alonso was signed a free agent by the Rockies in July of 2019 after being released by the White Sox a week before. Yonder would go on to hit .260 with 3 home runs and 10 RBI for the Rockies, mostly used as a pinch hitter, appearing in 54 games, but only starting 10 (and hanging around long enough to wear these gross "Player's Weekend" things). This would serve as his final MLB stop, as he failed to make the majors in 2020, and then retired after the season. Probably best know for being in the big Mat Latos Reds-Padres trade, or his lone All-Star appearance with Oakland in 2017.

The Card: 2018 Panini football flagship, very simple and classy design, say what you will about Panini, but they have put out some really nice sets over the years. One small change, replacing the Panini logo with a team logo and adding the RLC logo in the upper corner. 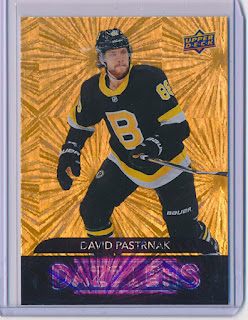