The scan folder is full enough to post while watching the NFL draft, so here we go. 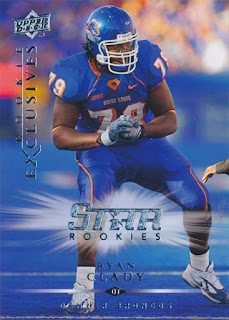 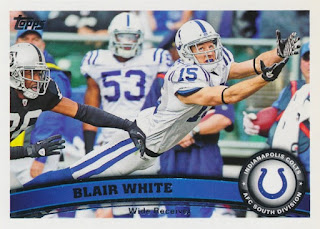 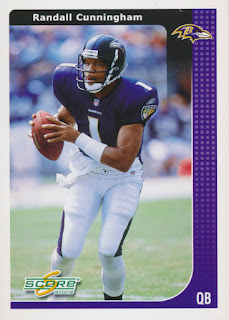 018 - 2002 Score - Randall Cunningham
Randall Cunningham had a really weird career, from a star with the Eagles, followed by injuries, retirement, a comeback with the Vikings, going 15-1 and being named All Pro, to backup in Dallas and finally, one season as a backup in Baltimore. 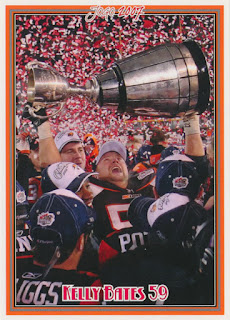 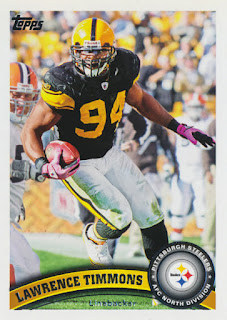 129 - 2011 Topps - Lawrence Timmons
Another from 2011 Topps, this time a sweet throwback with a bonus "Defensive player with ball" shot. 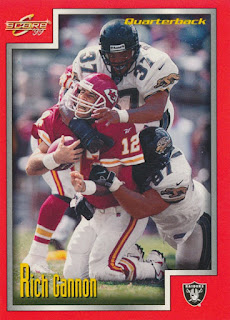 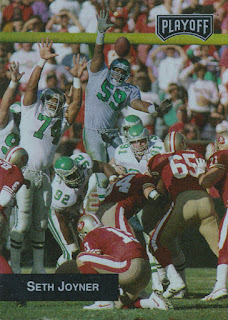 256 - 1993 Playoff - Seth Joyner
This may be one of my favorite base cards of all-time, special teams shots just have so much going on, love it. 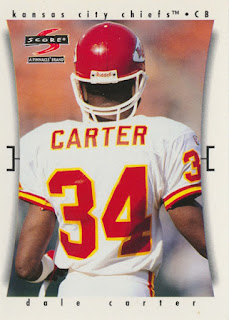 262 - 1997 Score - Dale Carter
I don't notice seeing this much anymore, but the mid 90's had a real helmet on backwards thing going on. Also just noticing how grossly off-center this card is. 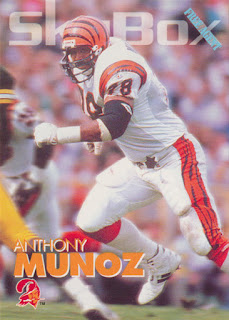 325 - 1993 Skybox Impact - Anthony Munoz
Not much going on here other than a Hall of Fame lineman? That is, until you notice the Bucs logo in the corner from a short lived comeback attempt, that I didn't either didn't know about or remember until seeing this card recently. 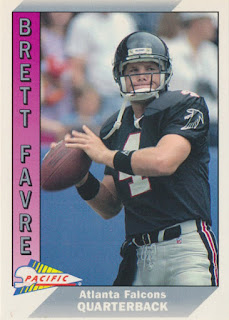 551 - 1991 Pacific - Brett Favre
There is just something fascinating about Brett Favre in a Falcons uni, so until something better at number 551 comes along, here we are.
Posted by Rosenort at 21:25 1 comment: 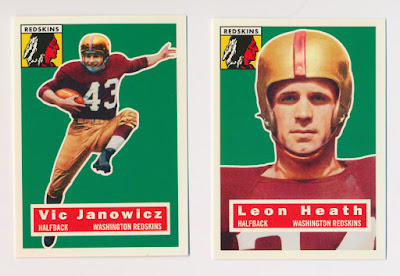 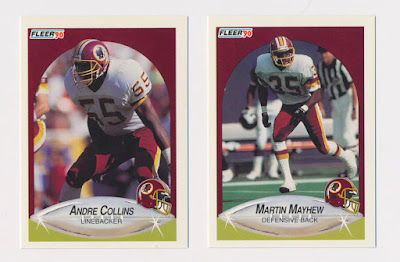