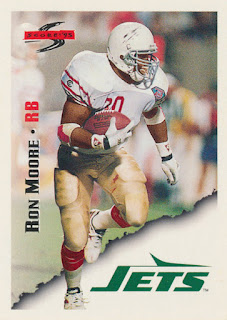 039 - 1995 Score - Ron Moore
Is it a Jets card or a Cardinals card, either way it is a rare photo of the Cardinals white version of the 1994 throwback unis. I am totally a fan of the small front number in the upper right. 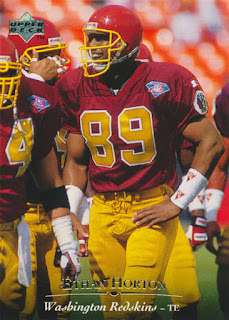 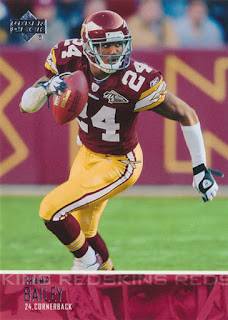 117 - 2003 Upper Deck - Champ Bailey
Keeping with the throwback Skins theme, this time from 2002, the beloved "spear helmet" throwbacks that I would love to see make a comeback at some point. 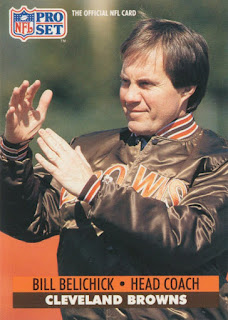 126 - 1991 Pro Set - Bill Belichick
I miss coach cards, also a jacket so sweet he couldn't stand to cut the sleeves off. 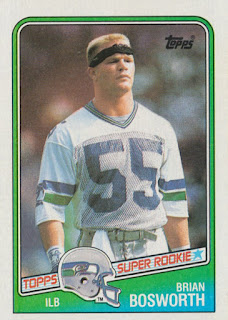 144 - 1988 Topps - Brian Bosworth
"The Boz", a lot of hype and not a lot of production from the Super Rookie, partly in thanks Bo Jackson knowing a thing or two about running over linebackers. 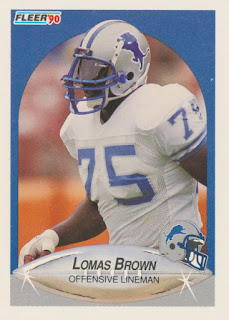 278 - 1990 Fleer - Lomas Brown
I think the first pack of football cards I ever opened was from 1990 Fleer, so I have a soft spot for it. Also a great O-Lineman card with the tinted visor (zip tie sighting) and the crazy plastic facemask. 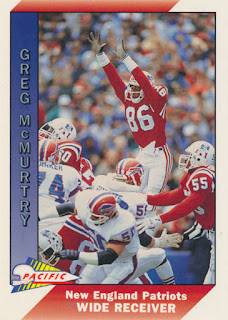 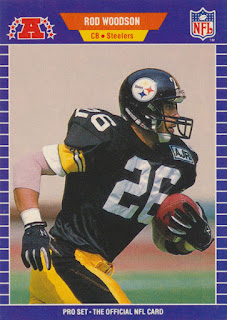 354 - 1989 Pro Set - Rod Woodson
Rookie card of a Hall of Famer, for no reason other than I like Rod Woodson and I like Pro Set. Potential defensive player with the ball card, put he returned a lot of kick in his day, so it's kind of cheating. 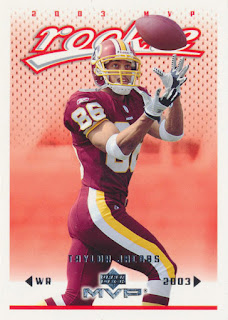 374 - 2003 Upper Deck MVP - Taylor Jacobs
A pre-color rush rarity, the Redskins never wore the All-Ketchup getup until 2008, this was just an oddity from a rookie photo-shoot. 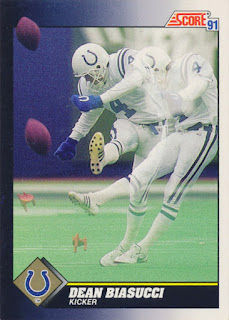 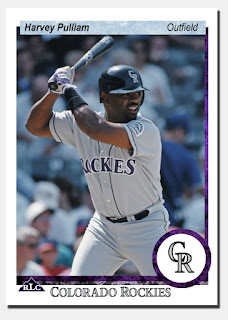