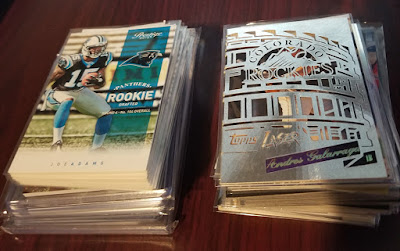 It's here! My COMC order that was shipment requested on Dec 1st has finally arrived. Now I can finally do a recap of my favorite 2020 pick-ups and actually have some content to post. Now lets see how many posts I can squeeze out of this. 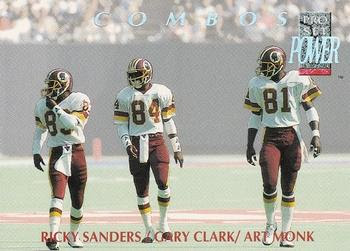 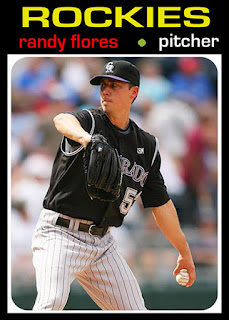 Posted by Rosenort at 19:58 No comments:

A to Z Music Challenge

A usual with these things I am super late to the party, but when I saw it, I thought it was pretty interesting, and the timing was good with more or less being priced out of buying new cards, my hobby budget has been going towards music.

It was also pretty easy as my collection is not only sorted into Discogs, but physical sorted alphabetically as well (at least the tapes and CD's, the vinyl is kind of all over and sorted by how much I like it right now until I sort out my shelving situation.

Prepare for serious genre hopping and lots of weirdness. I have seen this done with logos, but I am going to use my favorite album from said band. I am also (mostly) limiting this to bands I have physical releases of, so I might miss something, but if I haven't bought their stuff, they might not belong here. 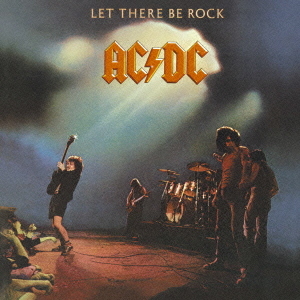 AC/DC – The first band I adopted as my own, the second concert I ever saw (Ballbreaker tour in 1996ish), and a band that still gets some play, but almost exclusively the Bon Scott era. 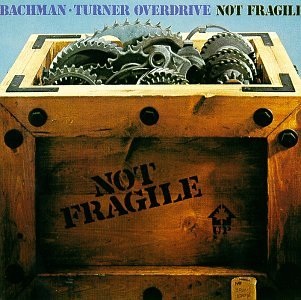 B.T.O. – Every time I have moved or set up a new sound system, “Not Fragile” is the first song I play to break the ice, the riff is what “Smoke on the Water” wants to be when it grows up. Ignore the hits "Takin Care of Business" and "You ain't seen nothing yet", those songs are bad, just check out anything Fred Turner sings on. Runners Up: Burzum and about 5 bands named Black something. 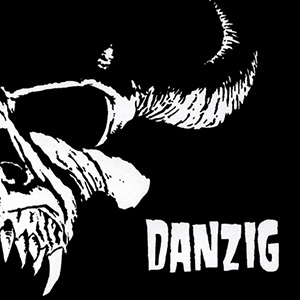 Danzig – Danzig and the Ramones made up most of my early listening, the old stuff is still classic and there is enough interesting in the newer stuff to keep me interested, also lots of Misfits and Samhain which could be lumped in here as well.. Honorable mention to Darkthrone, especially the "Panzerfaust" album. 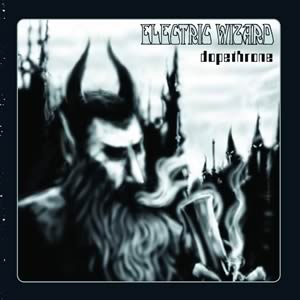 Electric Wizard – I count Dopethrone as one of the heaviest albums of all time, the rest of the stuff still gets some play, see Supercoven and Black Masses, but Electric Wizard earns a spot on this album alone. 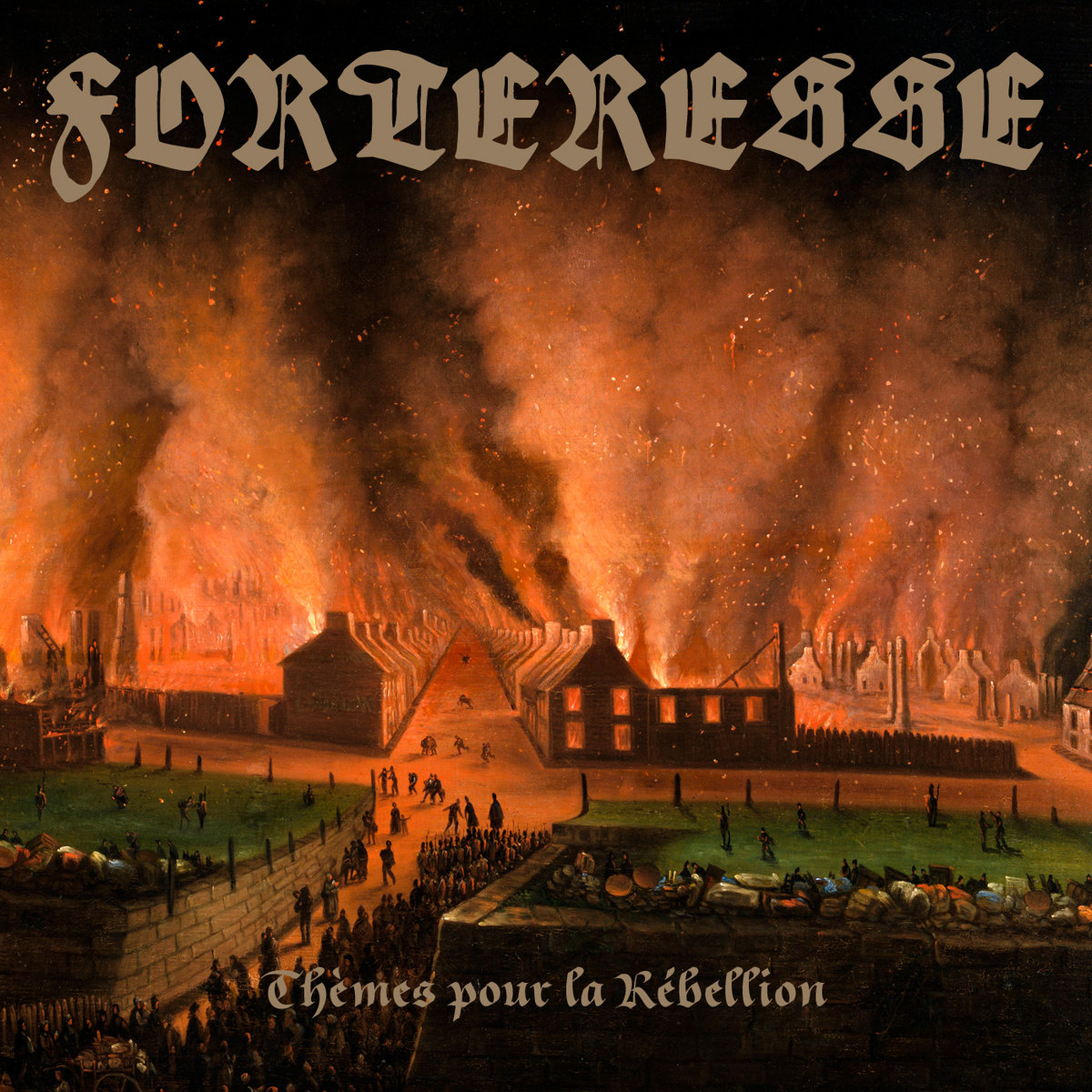 Forteresse - Métal Noir Québécois at its finest, although it is a little embarrassing that even as a Canadian, I speak no French have to use google translate to find out what they are going on about. 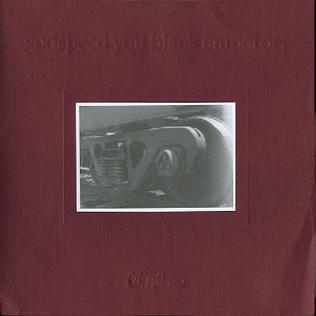 Godspeed You Black Emperor! – This and the closely related “Thee Silver Mt. Zion Memorial Orchestra & Tra-La-La Band” (See the album “Horses in the Sky”) or whatever they are calling themselves at the moment were a big part of a rougher period in my life, and I still hold some reverence to these albums for being there at that time. Album shown is F♯ A♯ ∞. Hate Forest – Black Metal from Ukraine, “Battlefields” being one of my all-time favorite albums. The guitar tone, the vocals, the tempo, everything about this album just crushes you. Also not much competition at 'H'.

Iron & Wine – No other musical project has inspired my guitar playing more than this one, I always loved the fingerpicking and spent countless hours learning I&W songs. I actually bought my first microphone to record a cover for a long forgotten fansite/webforum compilation years ago. Just ignore pretty much anything recorded from around 2007 and newer, also known as the crappy "World Music" era..  Iron Maiden comes in a close second.

Judas Priest – So many great songs over the years, from the early Rockier stuff to the later Metal stuff, just a great band. “Desert Plains” still get the blood pumping. I don't own much Priest so I am going to take the easy way and post a Greatest Hits, although this was probably the first double cassette album I ever owned, so points for that. Jesu gets and honorary mention as I own a bunch of their stuff.

Khanate – One of my favorite bands from the period between my card collecting years, also known as the spending all my money on records period, evident by the fact I have multiple copies of their releases, and despite the fact I hate picture discs, I have two of theirs. Album shown is Capture & Release. Vocals not for the weak of heart. Looking Glass – “L” doesn’t carry much for options, the Canadian drone/ambient project Loscil almost made the cut, but Looking Glass is the pick, Brandy is a great cheesy song, but they have some other great stuff including the amazing “From Stanton Station” Megiddo - This is how I want Black Metal to sound, dirty, heavy, raw, mid-paced and smashed full of riffs. A band I have loved since finding them on Unsung Heroes Records many years ago . Also Canadian. Mgła comes in a close second, with My Dying Bride deserving a mention.

Nick Drake – Maybe cheating by putting this under “N’ and not ‘D’, but ‘D’ has much more competition. I just absolutely love Nick Drake, everything he ever did is great, but Pink Moon does it for me, subtle an not as heavily produced as his first two albums.

Om – Meditative doom band formed by 2/3 of Sleep, very cool, laid back stoner/doom. All of their releases are good, but according to my last.fm account Pilgrimage is my most listened to. I was spending a lot of time on the Southern Lord forums at this time and was buying a lot of related stuff, (see also Khante).

Pink Floyd – What do you need to say about Pink Floyd, go watch “Live At Pompeii” and tell me that is not the greatest band to ever live. I am going way out in left field with "The Final Cut", but I love the album and can probably sing the whole album off by heart. I find "The Dark Side of the Moon" overproduced ( I don't need horns in anything). Honorable mention to John Prine. 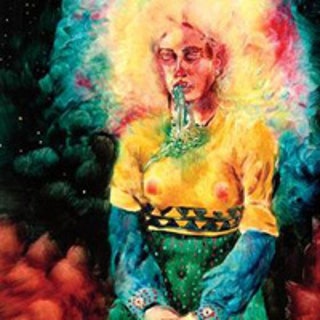 Quest for Fire – A great Canadian Stoner Rock band with one of my favorite vocalists in Chad Ross. Album shown is the self titled. Ramones – Just simple fun and catchy, 3 chords, short songs, 1-2-3-4, get in, get out, no messing around. So much respect for these guys. "Too Tough To Die" isn't my favorite album by them, but it's my favorite album cover. Loco Live would probably be my favorite, but pick any live release by them really. 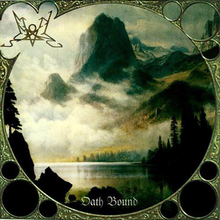 Summoning - A controversial choice as I own 26 different Sloth (Ohio) releases, but the Tolkien inspired Black Metal band Summoning gets the nod. Epic and bombastic, hard to pick a release as Stronghold is great, but Oath Bound has been getting more spins recently.

Thorns – A big part or the early Norwegian Black Metal movement, I started a fansite back in the day (grymyk.cjb.net) and got to correspond with a few former band members a couple times. The split with Emperor gets the album pick for the inclusion of "Ærie Descent", and that the double album version was probably my first "big" ebay purchase, back in the old money order days. 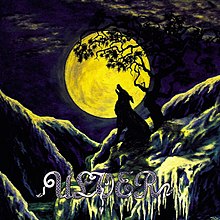 Ulver – Norwegian Black Metal pioneers that moved into their current state of a kind of Synth Pop. Despite the genre hopping, I do like most of the bands output, including the new one, "Flowers of Evil". They narrowly edged out Urfaust, the tiebreaker being that I have the album cover from “Nattens Madrigal - Aatte Hymne til Ulven i Manden” incorporated into an arm tattoo. (Actually, I probably should have picked Urfaust with the album "Verräterischer, Nichtswürdiger Geist") Velvet Cacoon – Another super weirdo project that was seemed to be as much about internet rumors and inside jokes (look up the diesel-harp if you want to go down that rabbit hole) as the music, but was still pretty decent washed out Shoegazy/Ambient/Black Metal. Not a not of competition at "V" either. Album shown is "P aa opal Poere Pr. 33" 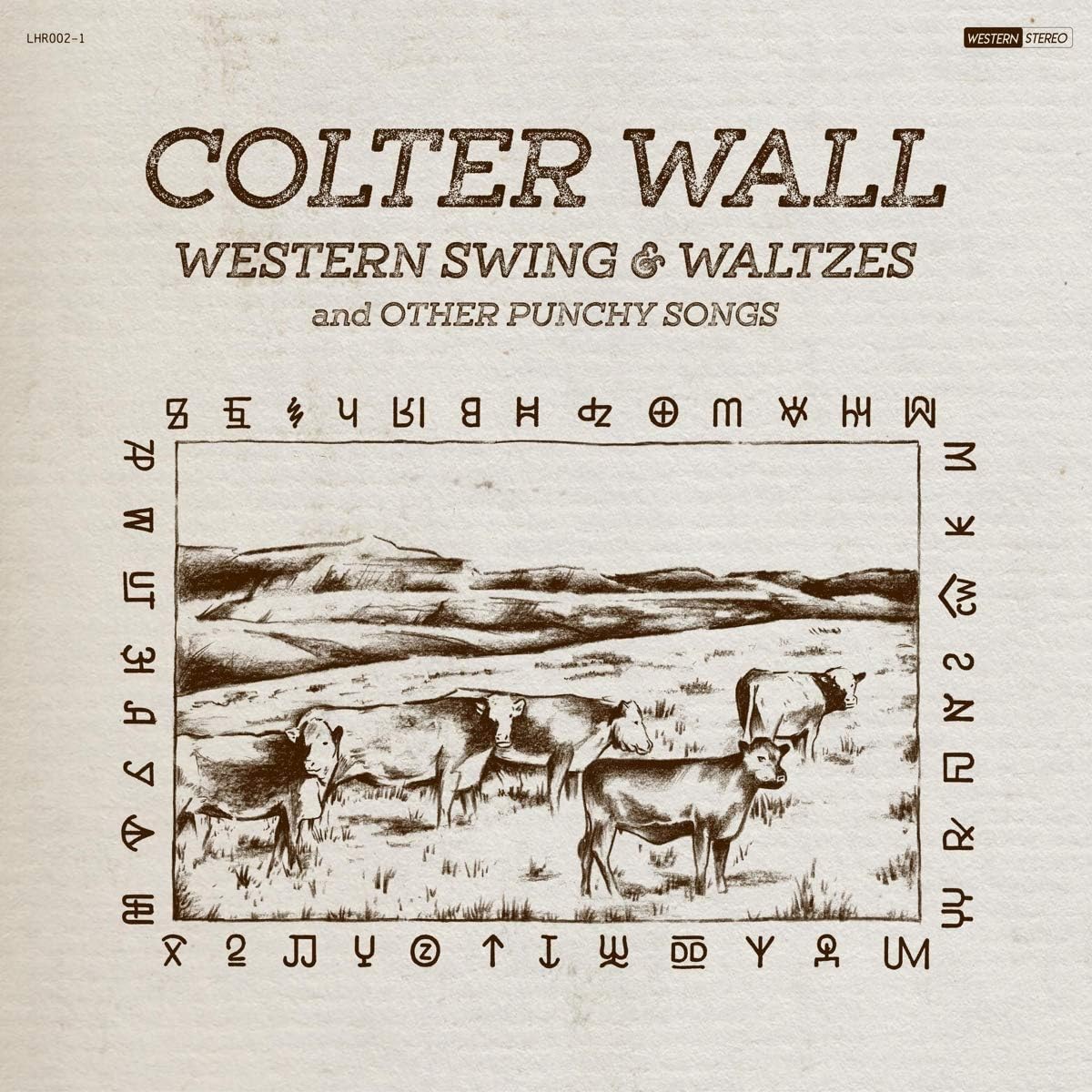 Wall, Colter – A fellow Saskie, have seen him live twice and both times were great, all his stuff of good, and I have all of it. Nothing like a cold Great Western and some Colter.

X - Nothing to speak of.

Young, Neil - If you total all the hours I have spent listening to music, Neil Young ranks in the top 3 for sure, I have seen him multiple times and every time was great, such a big catalog it's hard not to find something that fits the mood. (I honestly didn't intent to have so many Canucks on this list, it just happened). Zpoan Vtenz – The only option under ‘Z’, a folky Black Metal band from Lithuania, only released one album and I happened to pick up a copy at some point in time. I don't own any ZZ Top and it would be too easy to put them here.