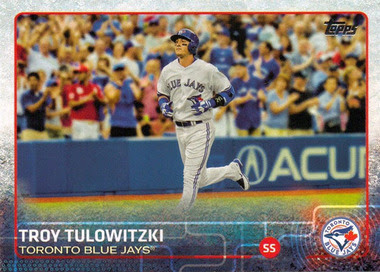 With the 2016 products already on the market, this nice little trade knocked off some 2015 base cards of the want-list before the new season starts. My first Tulo with the Blue Jays card. A quick Getty search confirms by first thought that this photo is taken after he hit a home run in his Blue Jays debut against the Phillies. Still weird to see him not in a Rockies uniform, and even weirder that he is still sour enough to rip his old organization. 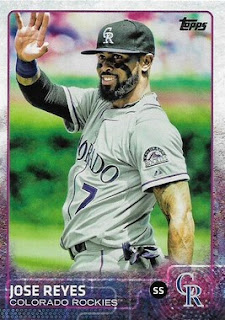 Even weirder is Jose Reyes in a Rockies uniform, this photo also taken shortly after the trade while the Rockies were still in Chicago. I was not a fan of Reyes with Toronto and his offseason action make it harder to support a guy like that. 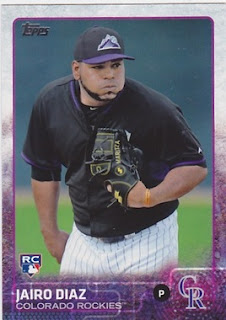 Even though it's from season 2, we get a beauty shot of the spring training cap, Diaz looked pretty strong in 21 games for Colorado in 2015, hopefully he keeps that up. 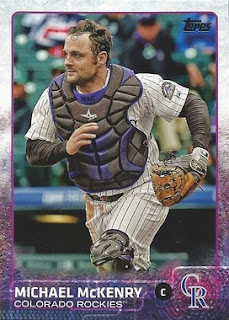 A nice catcher gear photo of Mike McKenry, who signed with the Rangers and is a former Rockie for the second time in his career. You have to love guys like Ben Paulsen, never really a highly regarded prospect, kept plugging along and became a major leaguer. 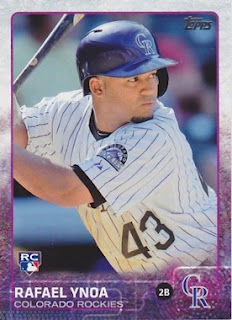 Lastly Rafael Ynoa, another guy that had a long minor league career and eventually earned a call-up.

Looking at these cards, I remember how much I like 2015 Topps. The team colors are nice, the photography is pretty good and the card backs are really nice. Thanks for the trade.