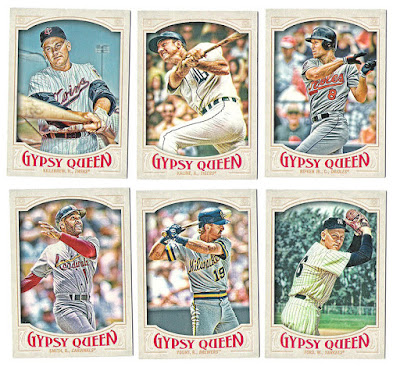 Box 2 is torn apart and sorted and won't be posted in as much detail as box one. Above we have the short prints, all the short prints this year are retired players other than Kenta Maeda, The Killebrew being the highlight of these with a bat barrel photo. Surprisingly, two boxes completed my base 300 card set and left me with 69 doubles. Just out of curiosity I checked previous years two box totals. 2014 gave me 298/300, 2013 gave me 268/300 and 2012 gave me 282/300. I didn't keep track in 2015, but seeing as I still need base it doesn't seem close. 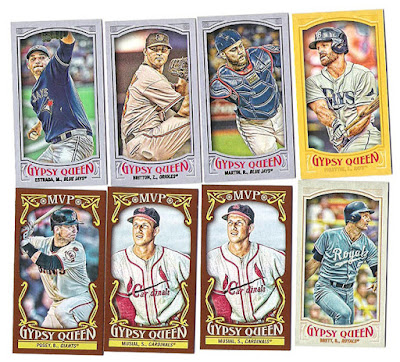 One pack had two minis in it, so I might have got an extra, my only non-purple color in a gold Logan Forsythe and two Stan Musials in the same box. 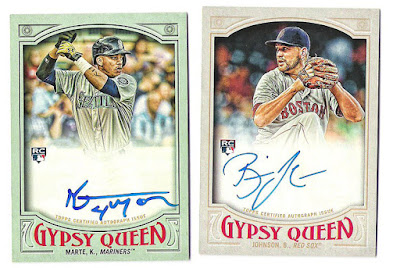 I lied in my first box post saying I didn't know who Rob Refsynder was, but I seriously have never heard of Brian Johnson before. The Ketel Marte is numbered to 99, and he plays for the Mariners, that's about all I have for that card. 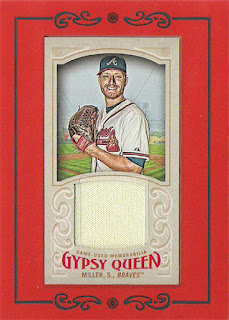 Shelby Miller still with the Braves, this one will probably not live at my home very long. 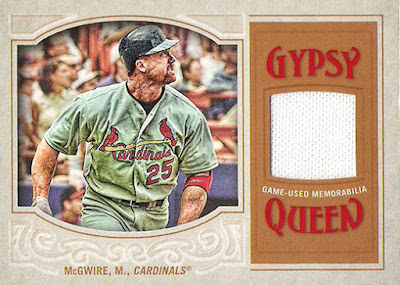 and a keeper, Mark McGwire full size relic, my pre-Rockies days were spent watching the Oakland A's so this one will stay in the collection.

So that's it, two boxes, one complete base set, the promised autos and relics, no big hits but a couple extras with the framed buyback and a photo variation. I already professed my love yesterday, so this will stay brief, but I had fun with my boxes, will have a trade/want list and look forward to trading. Thanks for reading.