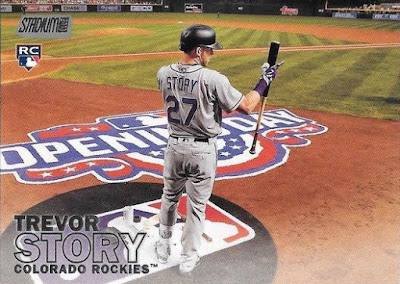 Since rebooting in 2014, Stadium Club has been about the photos, full bleed, gloss stock with high quality photos. But for Rockies fans, it has been kind of boring. Sure we got a nice Todd Helton in 2014 and another winner in 2015 Drew Stubbs, but other than that, pretty much straight forward baseball card photos. So this year I decided to make the set my way, with my pictures, for the most part, while keeping the blatantly ripped off 1997 Fleer design.

The above Trevor Story photo is from opening day and while not a great action photo, it works with what he did on that day. A case where the tale the picture tells is more important than the actually picture. 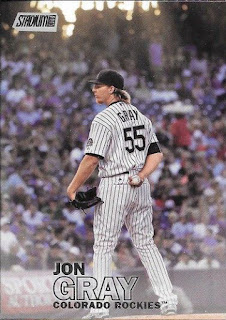 Another rookie in Jon Gray, another card I am leaving alone, this is the best photo of the team set for me, there is always something classy about a pitcher looking in for a sign, a kind of calm before the storm thing, and no pitch-face which is nice. 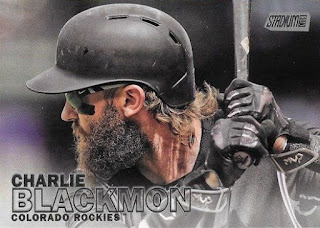 On to Charlie Blackmon, nothing really wrong with this one, an extreme close-up and a nice beard card, but it kind of has a Panini look to it with no visible logos. 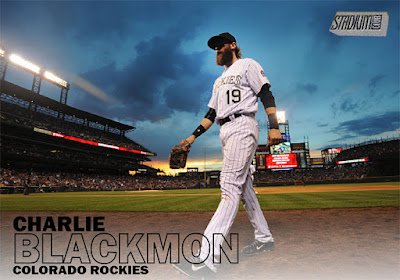 This is more like it, Coors Field allows for a lot of beautiful sky pictures and I wish more cards would feature that. 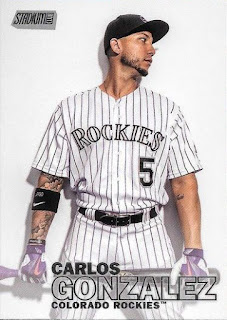 B-O-R-I-N-G, save the Glamor Shots by Deb for Heritage or Ginter. 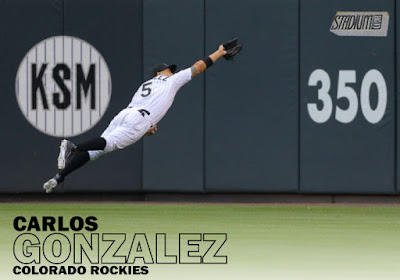 Full Extension Superman grab, and bonus points for the Keli McGregor memorial on the outfield fence. 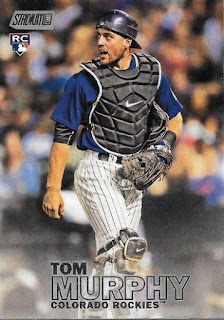 At least they chose a photo of Tom Murphy with his gear on, but we can to better than that, can we not? 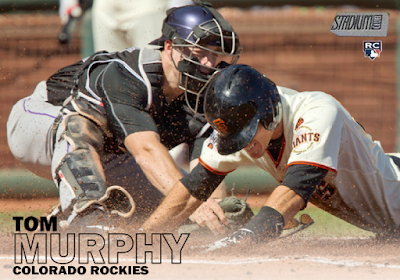 How about a little play at the plate action, although I liked this photo more before I knew Kelby Thompson was safe on an inside the park home run. 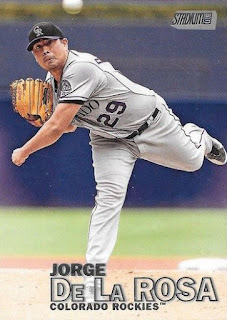 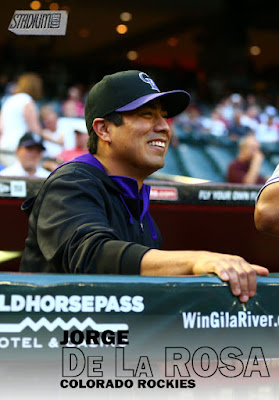 I'm going backwards on this one, taking away an action shot, but I liked the candid in-the-dugout shot better, and it's actually hard to find a picture of De La Rosa smiling and not pushing his hat back on his head in frustration. 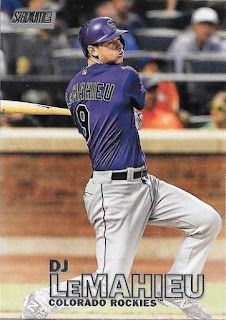 Another one that there is nothing wrong with, but nothing special here either. 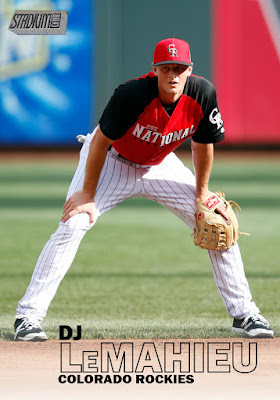 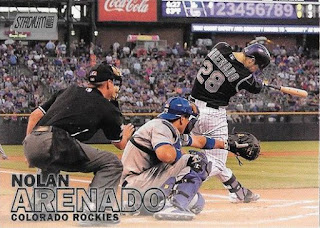 This one is fine like it is, something different from what you usually see. 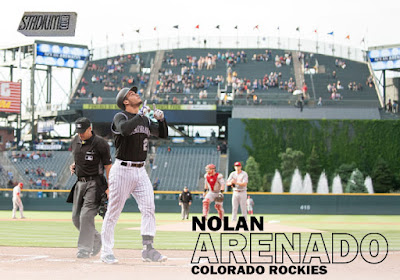 but I will take another opportunity to make Coors Field the co-star of the card, just ignore all the empty seats though. 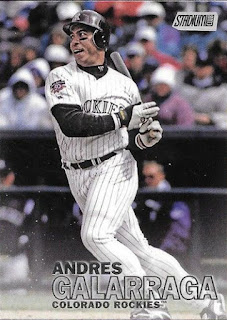 I had a hard time finding anything better for a photo that this other than Andres Galarraga's already brilliant 1996 Upper Deck base card, but they could have at least used a new photo. 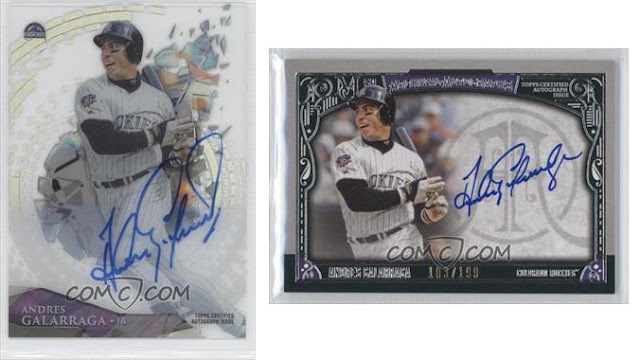