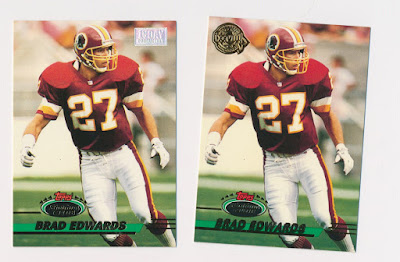 Most of the rest of the COMC order, I managed to squeeze one more upcoming post out of the this, starting with the last two standard Redskins cards I needed of Brad Edwards, just a McDonalds Gameday, Police issue and a couple parallels from 1997 Pacific with the Falcons. These two were not the hardest to find, just happened to be the last two to find there way here.

A mini Kershaw for the pitchers-at-the-plate collection. 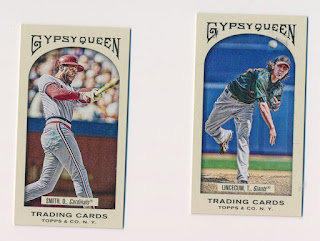 More minis for the 2011 Gypsy Queen photo variation, now at 36% or the set I will never finish. 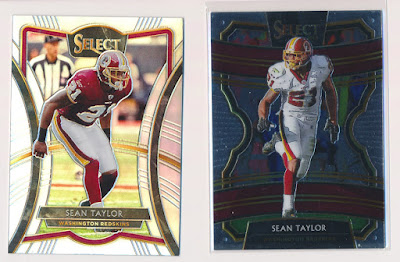 A couple new Sean Taylors, it's nice to have new cards of his, but I am still not sure how I feel about him being in modern sets yet, feel kin of weird. 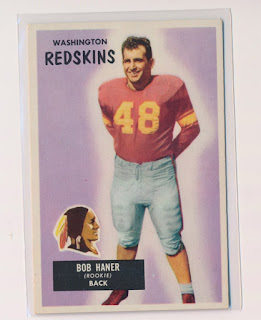 Another check off the One of Every Redskins list, Haner was drafted in 1953, then played two years for the U. S. Army Engineers before coming to the Redskins in 1955, but never played a game with the team. $1.50 for a 1955 Bowman seems like a good score. 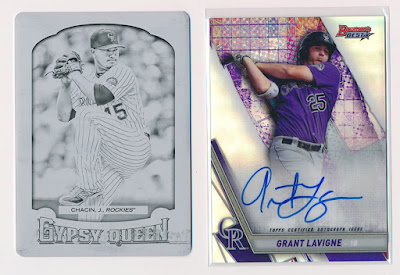 A black Jhoulys Chacin printing plate from 2014 Gypsy Queen joining the yellow I already had and an auto of Grant Lavigne, a power hitting first base prospect. 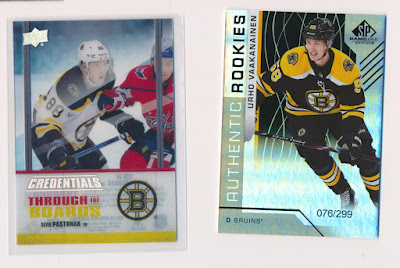 The lone Bruins, and acetate Pastrnak and Urho Vaakanainen with a sticker serial number? Weird. 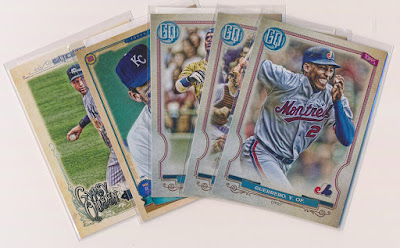 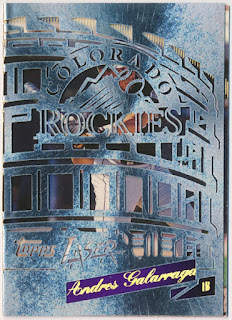 Galarraga from the Crazy Topps Lazer set, this one folds open like a book, you will have to trust me because I didn't scan it that way. 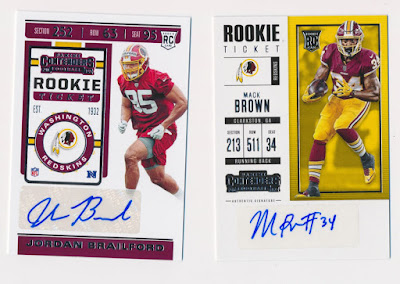 I still despise sticker autos, but these are the only cards of Jordan Brailford and Mack Brown, so here they are in my collection.

and finally, 22 short prints from last years Heritage, a set I still intend on completing at some point.
Posted by Rosenort at 19:38