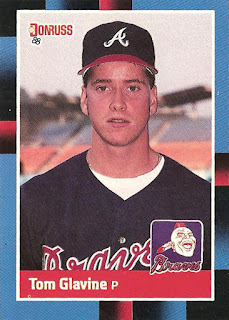 Another Zistle based trade, this time with fellow blogger Royals and Randoms. He wanted my Billy Butler 2012 Gypsy Queen Relic card and while I am hesitant to trade away GQ cards, this is my second trade with Josh and I know he will appreciate it much more than I will, so into the post it went along with assorted Royals and randoms. Coming my way was the usual Rockies including catcher Charles Johnson, some obscures from Topps Total and a couple 2003 Fleer Authentix that I really like, along with and few randoms, how sweet is that 1987 Franco card and Dante Bichette looking weird in a Reds jersey. I always liked Glavine as a kid, and something I recently realized I was missing was a Tom Glavine rookie card, this trade remedied that with a 1988 Donruss Glavine. For set needs, one more card knocked off the 2011 Gypsy Queen want list, and 15 cards from 1992 Pinnacle bringing me to within 26 cards of the series 1 set and finishing off the first page in the binder with card #7 Willie McGee. As an extra he threw in a Rockies program, I have a few of these from pilgrimages to Coors Field, but nothing from this season so it's greatly appreciated. As always, thanks for the great trade. 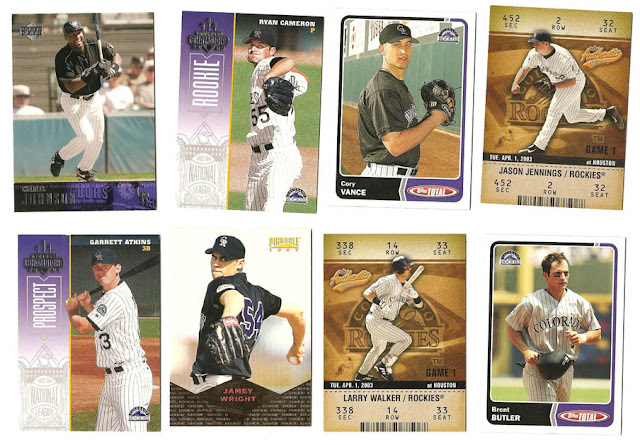 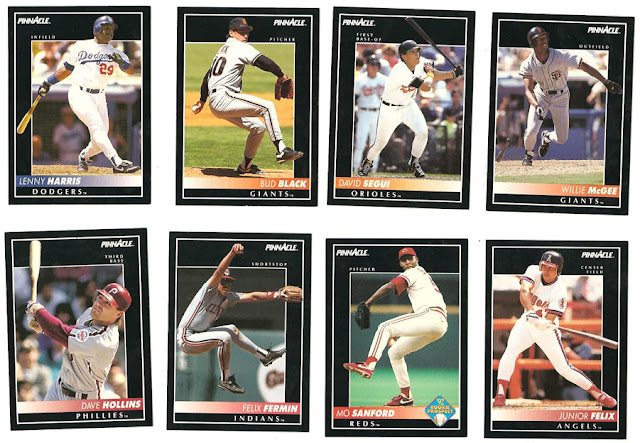 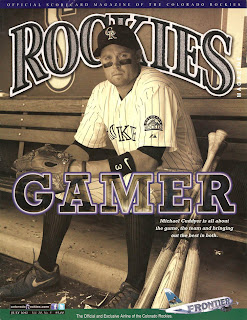