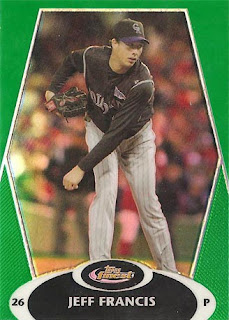 On to the Rockies portion of the COMC order, leading it off with a 2008 Finest Jeff Francis, so far this is one of two Rockies card I have found to show the World Series patch on the jersey making this photo from Game 1 of the 2007 World Series. More cards for the recently traded Alex White collection, I expected big things from him as a Rockie no such luck there as he was just traded to the Astros. I usually don't collection jersey cards, but I needed a Pomeranz, the Nolan Arenado was more for the auto and the Iannetta was more for the fu manchu. Finished up with a Charlie Hayes card with his football style mask, a Scott Elarton for "One of every Rockie", a Pomeranz Platinum National promo numbered to 499 and a couple Andres Galarraga cards printed on wood. 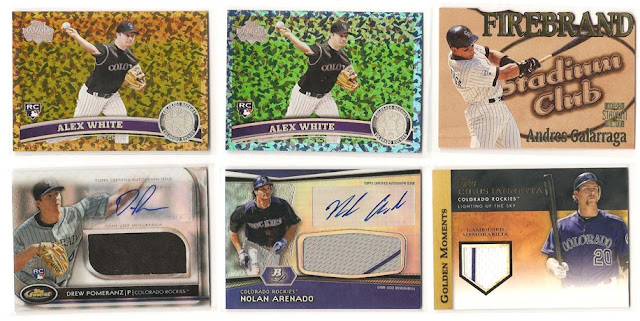 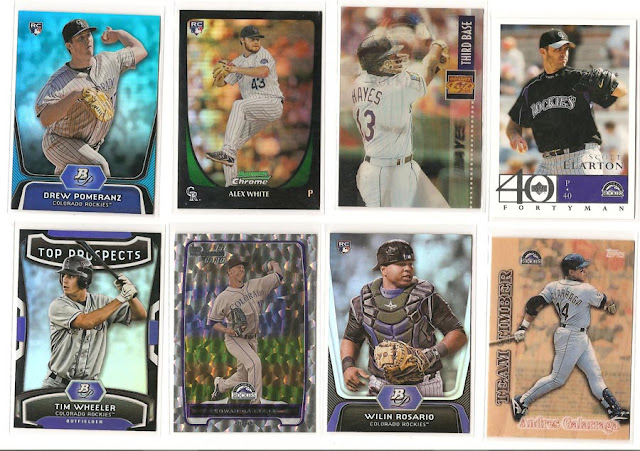