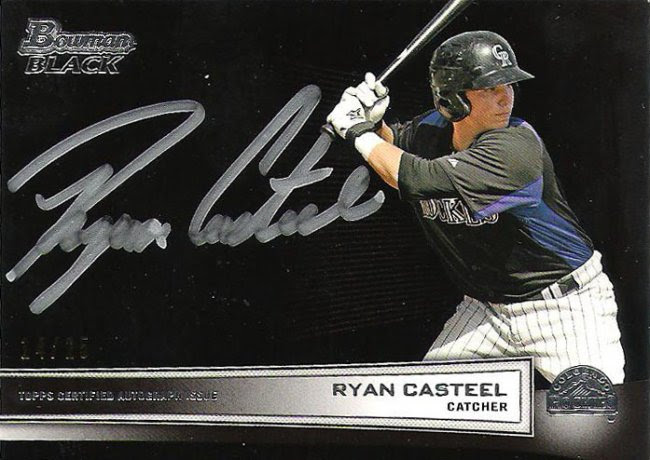 Another Bowman Black Collection auto, this time we have Ryan Casteel from 2014 Bowman Chrome. A power hitting prospect who just finished a full season in Double-A, Casteel had been a full time catcher until 2014 when he started to split time at first and at DH. After playing mostly first in the Arizona Fall League this past season, it looks like he might be moving away from catching full-time, but he might not have the bat to stick at first base. 2015 will be a big year for Casteel to either earn a full time catching job or prove he can hit well enough to land a job manning first base.
Posted by Rosenort at 15:53