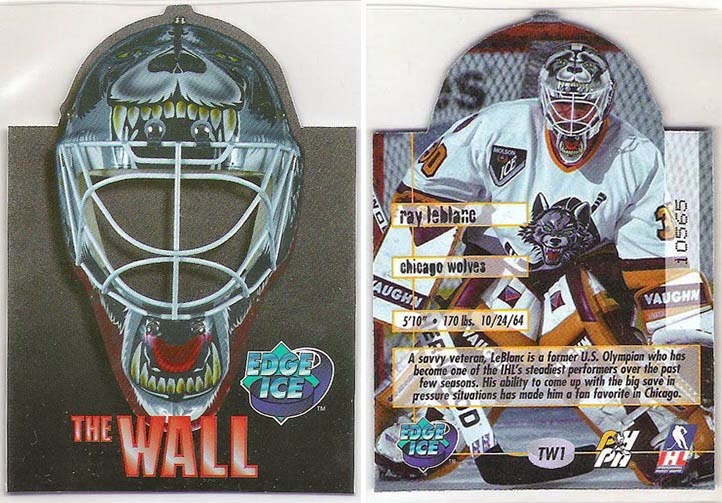 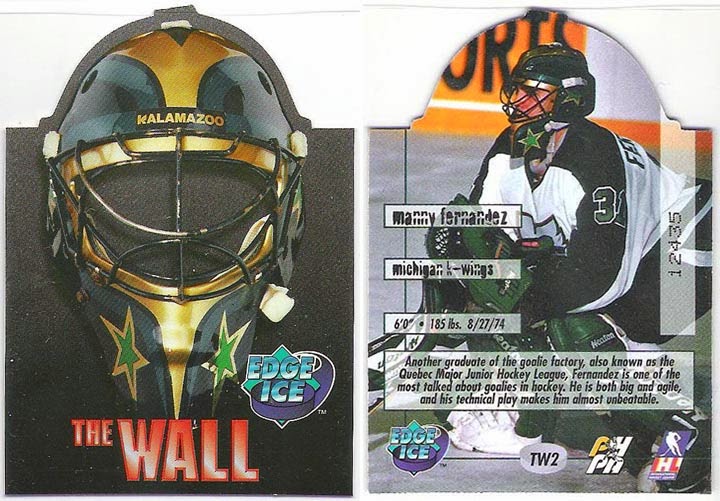 #2 Manny Fernandez of the Michigan K-Wings - Played parts of 13 seasons in the NHL, mostly with the Minnesota Wild. Twice he shared the William M. Jennings award for lowest GAA, first in 2006-07 with Niklas Backstrom and again in 2008-09 with Tim Thomas in Boston. 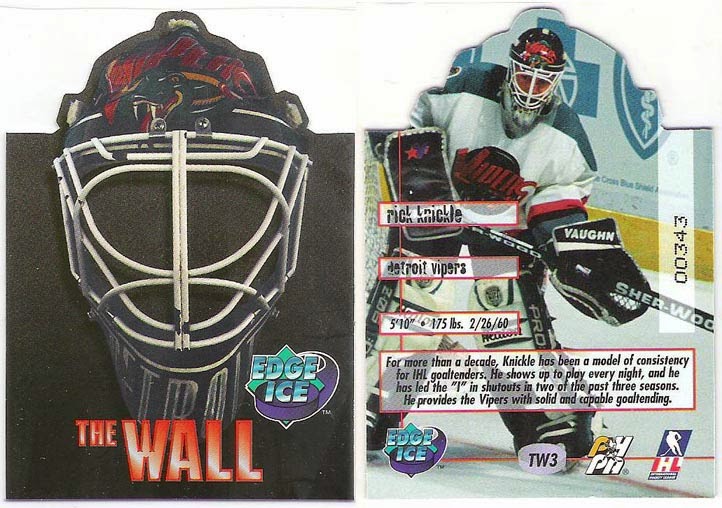 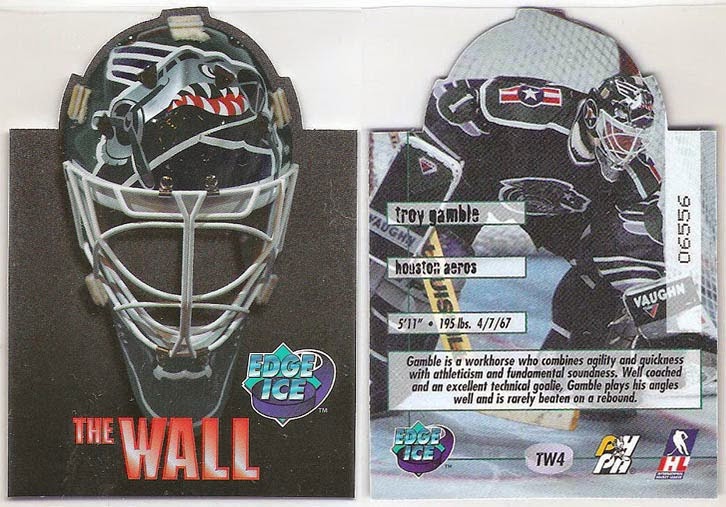 #4 Troy Gamble of the Houston Aeros - Another guy with a short NHL career, Gamble played 47 of his career 72 NHL games in 1990-91, including 4 playoff games for the Canucks. A victim of concussion issues, he manged to play in over 300 pro games. 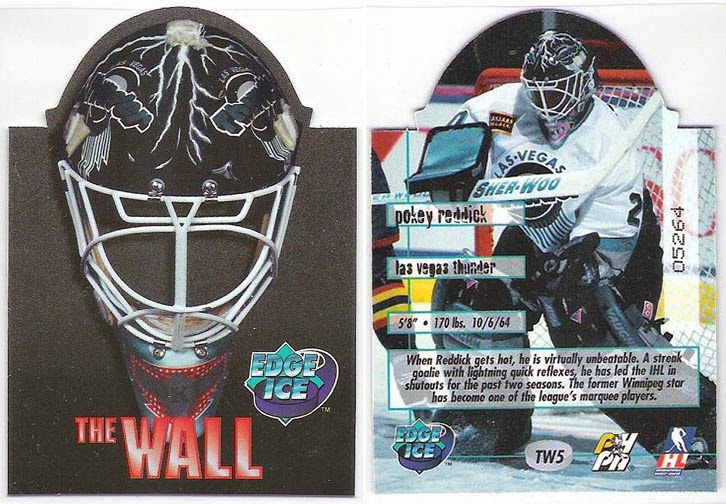 #5 Pokey Reddick of the Las Vegas Thunder - A guy with a couple weird records to his name, according to wikipedia, Reddick has played in the most career NHL games, 117, without recording a shutout. He is also listed as the only goalie to go undefeated in a 3 round playoff system, going 12-0 leading the Fort Wayne Komets to the Turner Cup. 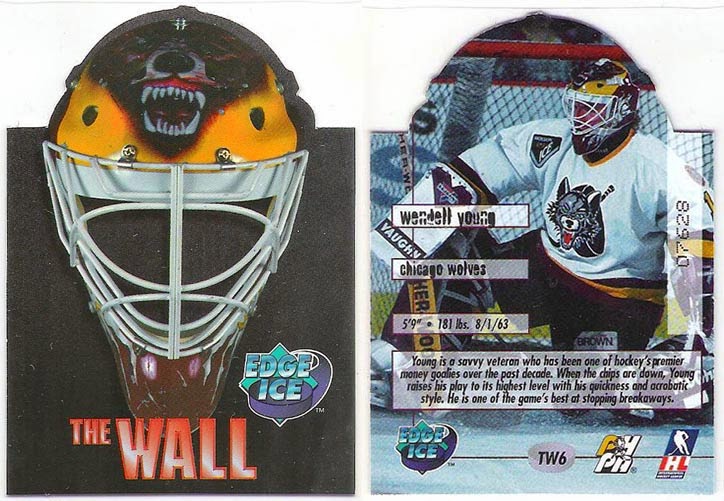 #6 Wendell Young of the Chicago Wolves -  Young played in 187 NHL games, mostly with Pittsburgh, but finished his career playing 7 seasons with the Wolves and had his number retired by the team in 2001. So far he is the only player to have won The Memorial Cup (CHL), The Calder Cup (AHL), The Turner Cup (IHL) and The Stanley Cup (NHL)
Posted by Rosenort at 19:59