I did this last year and I am doing it again this year. Basically this is what I would do if I had picked the images for 2017 Stadium Club. This started as I felt the Rockies photos were always a little boring, but more because I like doing customs and have a huge Rockies photo library I like to browse though. This is NOT meant to take a shot at Topps or to say they do a bad job, just a different look from someone who has no timeline, only one team to worry about and doesn't have to worry about photo copyrights. 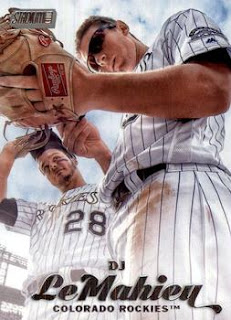 First Rockies card gong numerically is D.J. LeMahieu, not my favorite photo, but different from the usual and definitely Stadium Club Worthy. 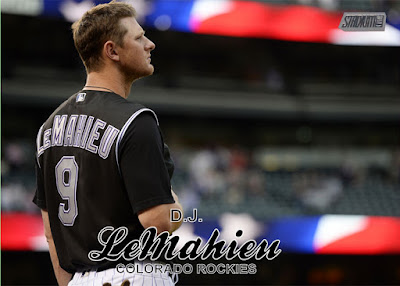 I went a little different with the patriotic anthem shot, I also used a different font with white bordering black, I will get more into that later.

Nolan Arenado with another good photo, but way to close to last year for me. 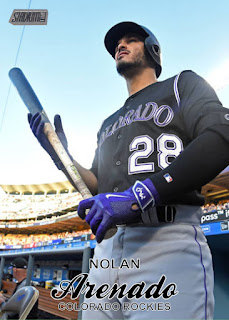 This photo screams Stadium Club to me. 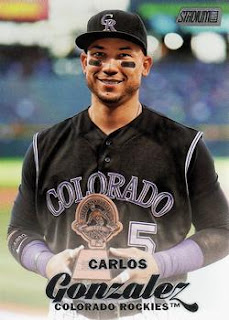 Something about this card make the think "Grade 1 Graduation", maybe the awkward smile. 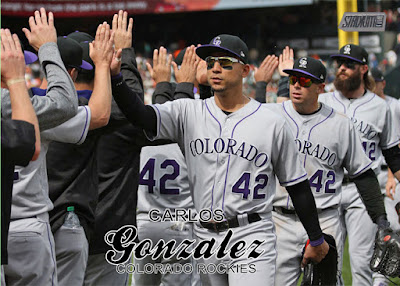 I went with the post-game high five line showing off a lot of 42s from Jackie Robinson Day. 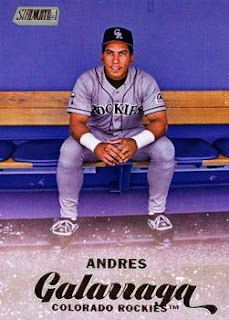 I have no alternative for Galarraga as the old guys are hard to find photos of. Big improvement from last year not using a photo recycled though a few brands. 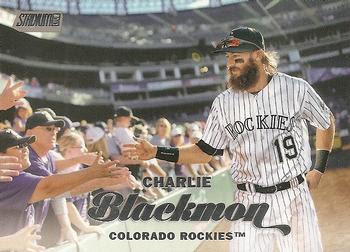 Another good one in Charlie Blackmon, honestly, the Rockies got a lot of nice cards in this set. 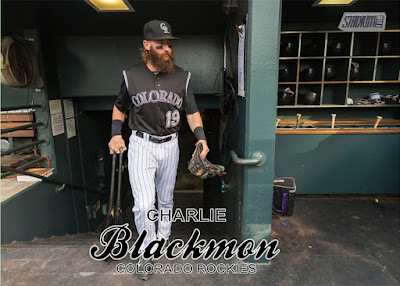 A nice dugout shot for my version, I think I actually like the Topps one better. 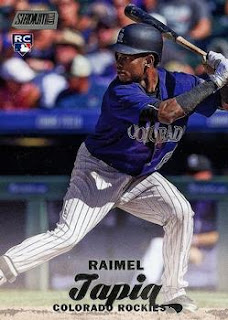 This one is pretty standard and shows why I changed the font, I really don't like how the "p" and the tail on the "a" overlap the team name. I also eliminated the slight fade on the bottom as I thought it took away from the photo a little. 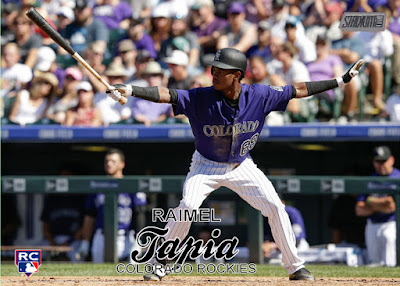 Mine is not much different, might even be the same game or at-bat. 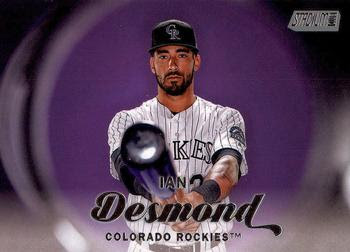 Not a fan of this one, but a new player has limited photos so a photo day shot makes sense. 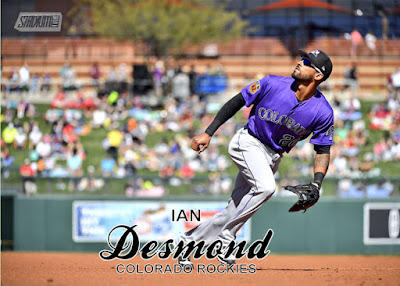 I went with a Spring Training with a Mountain Hat cameo. 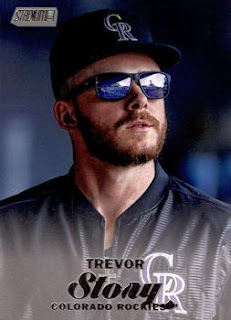 Pretty "meh" about this one, and another instance of the "y" blobbing out the team name. 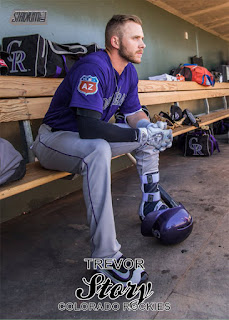 Replacing a dugout shot with a dugout shot, not very imaginative on my part. Another Spring Training shot as well. 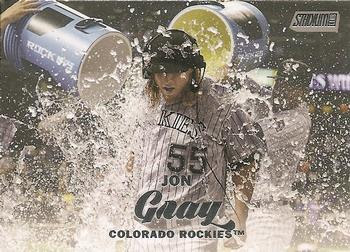 Sweet Gatorade shower card, no complaints about this one... 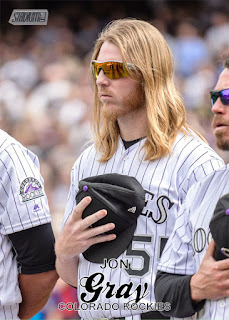 Although I couldn't resist this anthem photo with the sweet salad. 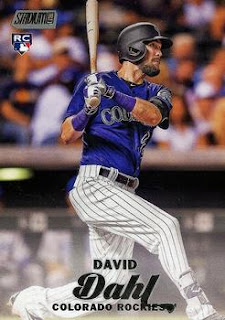 The second rookie, the second not so great photo, and another font overlap issue. 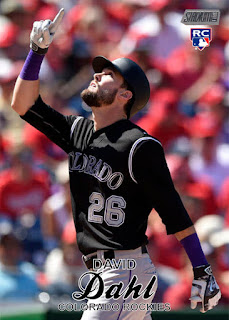 I didn't have a lot in the Dahl file, but I felt this made a pretty strong card.

A pretty strong crop of Rockies photos in this years offering of Stadium Club, a couple design things that bugged me a little, but overall one of Topps best offerings of the year.