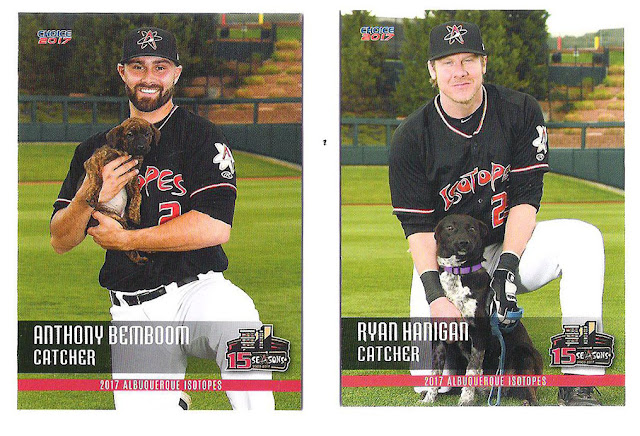 Something many people either forget or overlook, is how awesome and weird minor league baseball cards can be. Take the 2017 Albuquerque Isotopes set, all the cards have the players with mostly dogs, and a few cats I think. The Isotopes are the Rockies Triple-A team so I added Ryan Hanigan and Anthony Bemboom to my Rockies minor league card collection. I really hope Hanigan gets a Rockies card in 2017 Update, but if he doesn't, this is the next best thing. Sadly, Anthony Bemboom probably won't get a Rockies call-up, but he is in the lead for best Rockies MiLB name. 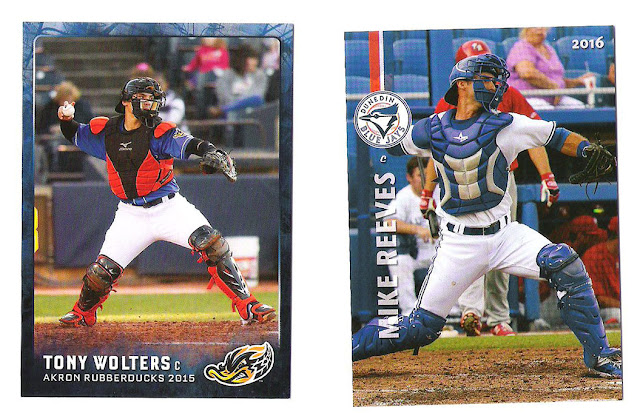 More catchers, a pre-Rockies Tony Wolters with the Akron Rubberducks (another awesome team name) on a 2015 Topps style card, and Mike Reeves, who I believe was the back-up catcher on the 2017 Canadian WBC team. 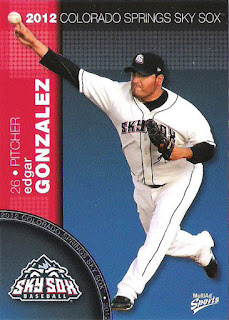 Edgar Gonzalez from 2012 when the Sky Sox were still a Rockies affiliate. Gonzalez would only pitch in one game with the Rockies and I wanted this card for a Custom Card/PC project I am working on, and will probably post when this season is done. 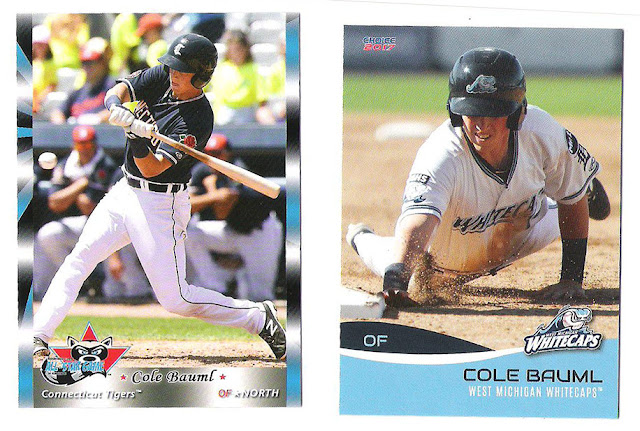 and a couple of Saskatchewan native Cole Bauml who hopefully gets a Bowman card soon, but for now minor leagues will have to do.