4 (Plus 1) More from Sportlots 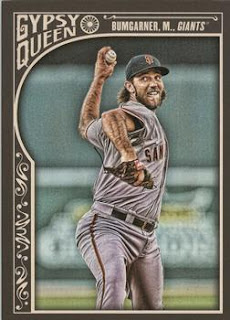 I have a love-hate relationship with Sportlots. I love the shear amount of random, cheap singles, but I hate searching for cards, trying to fill an order from the same seller after finding one that doesn't charge $99.99 for shipping to Canada. My search began looking for Redskins cards, but ending up with none. The big one was the above 2015 Gypsy Queen Madison Bumgarner. The short prints I need are all way overpriced on COMC, so I am starting to look elsewhere to complete the set, check card 350 off the list. A card I didn't even know existed until a few months ago, 2000 Bowman Chrome Draft of John Cotton. It slipped between the want-list cracks for years until I stumbled upon it. Cotton played in over 1,300 minor league games without tasting the majors, but did win Olympic Gold in 2000. 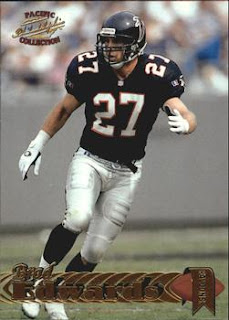 Not quite a Redskins card, but for the Redskins collection, Brad Edwards from Pacific Philadelphia, a set that is like the holy grail for weird player/team collectors. 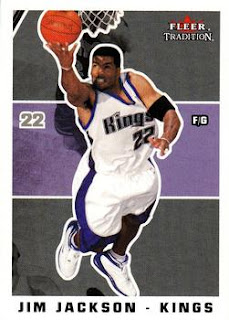 Jim Jackson's only Kings card from his playing days, I think he has a sticker auto in one of the newer Panini sets. Super weird design from Fleer Tradition. 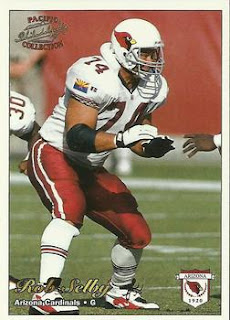 And a bonus card, a Ron Selby, also from Pacific Philadelphia, I am not up on my Cardinals O-Linemen from the late 1990's, so I am not familiar with this guy, but nothing wrong with an extra card of a guy that plays in the trenches.