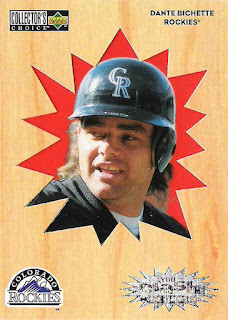 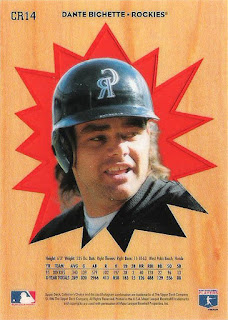 Part 1 of 2 featuring trading with fellow Canadians, starting with andyroy3 from TCDB. The highlight being a new acetate Dante Bichette from Collector's Choice Crash the Game. I was a big Dante fan, but he was not made for close-ups.

All but one of my needs for the 1991 All-World CFL set. CFL Legend Dieter Brock (great name), followed by a coach , a kicker and on O-Lineman, the early 90's were great that way. 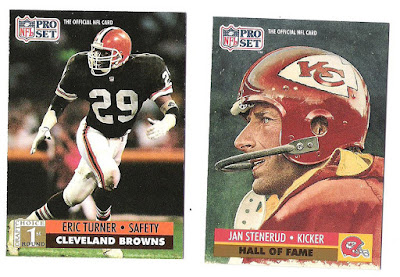 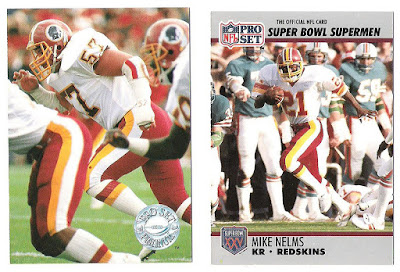 Some bookend Super Bowl players, Matt Millen from the 1991 team and former CFLer Mike Nelms from the 1982 team.

More Junk era awesome-ness with 1990 Skybox, I would love to see this brand resurrected and a new set based of this. Of note is the Antoine Carr being the "Hawks Jersey on back" variation, and a new Jason Williams for the PC.

Finished off with some more Canadian content, Saskatchewan product Rueben Mayes, a Cam Neely I probably have but don't have my collection sorted, and Bud Black, not a Canadian, although a former Blue Jay, current Rockies manager and pitcher batting.
Posted by Rosenort at 20:38