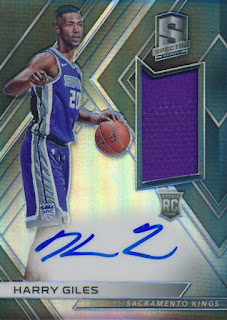 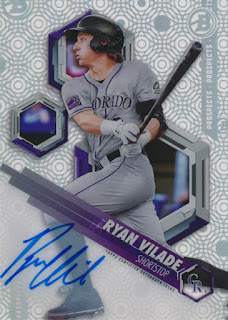 Another auto, this time of Rockies prospect Ryan Vilade, again on-card and this one being acetate, something I am a pretty big fan of.

Some unlicensed baseball, they don't scan very well, but in hand they are really nice. Say what you want about logos, but the shiny on these pop way more than other Chrome brands.

Some Black & Gold cardboard including a nice photo of Davis Krejci and a couple SP Authentic that are giving me a real early 90's Skybox vibe, which I like. 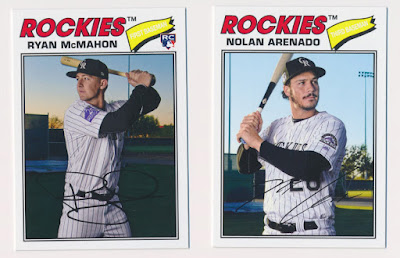 More baseball with one of my favorite brands, Topps Archives including a Ryan McMahon rookie. 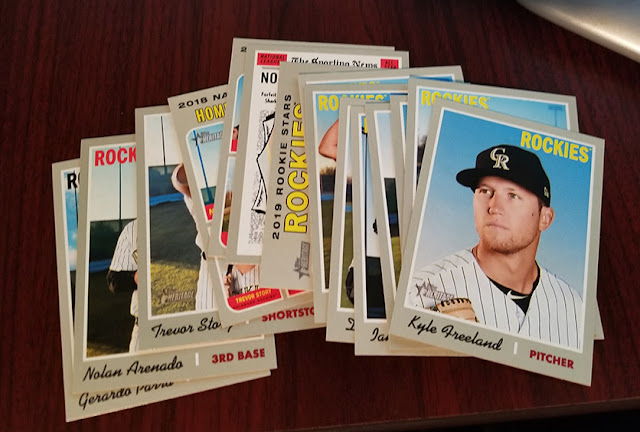 and most of the 2019 Heritage Rockies team set, the 60's design never did much for me, but I really like how 1970 worked out this year and a very excited for 1971 next year.
Much appreciated, great thanks and expect a return pack shortly.