A combination of trades and parts of a few Sportlots orders that got scanned and never posted, until now. Starting off with a couple Bruins goalies, Jeff Hackett still in his Montreal gear, then with Bruins stuff and Peter Skudra on his only Bruins card. 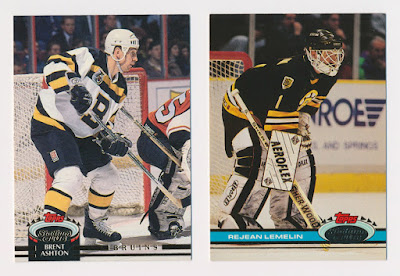 I have always loved the Stadium Club backs, especially the hockey ones, the only complaint being the cards shown are the first Topps cards with most players having earlier OPC rookies. 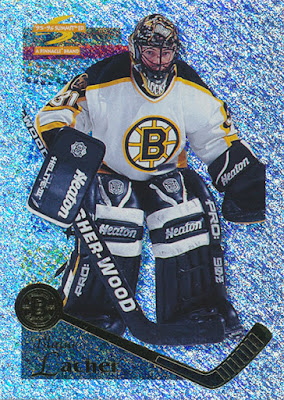 A Summit Ice parallel of "The Lach Ness Monster", Blaine Lacher, who was a big deal for a short while, then faded into obscurity. 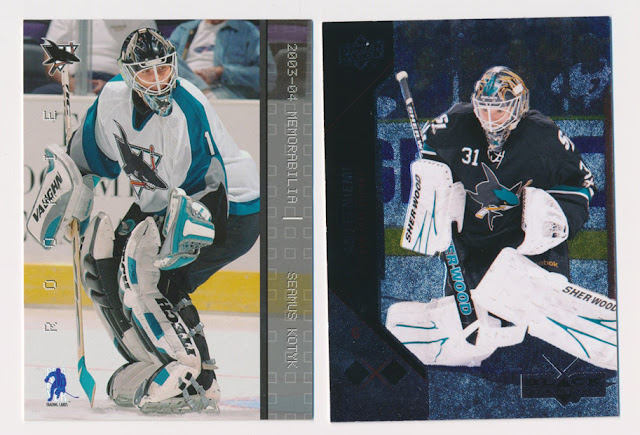 The last of the goalies with a few Sharks, Seamus Kotyk who was actually a Bruins draft pick but never ending up playing in the NHL and Antti Niemi on a hard to scan Black Diamond. 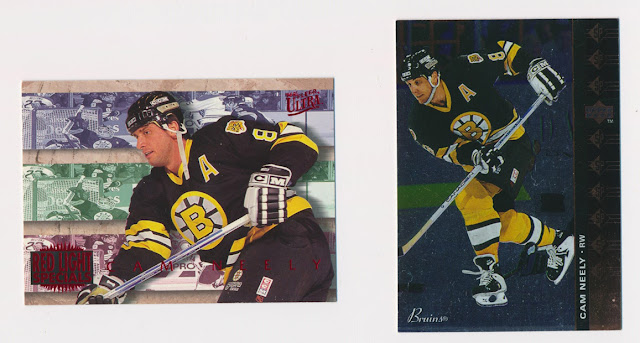 Two new Cam Neely cards putting me at 218 and in the top spot of Neely collectors on TCDB.

More Bruins as I half-ass start on a One of Every Bruin project including Ken Baumgartner from Flin Flon, Manitoba.

Even more One of Every Bruin guys including the absolute beauty of a Doug Mohns card. 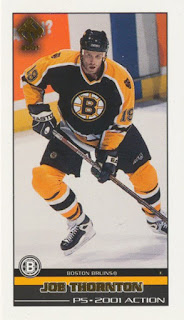 The lone baseball in the folder, Rockies catcher Jeff Reed, Chuck Knoblauch looking weird in a Royals uni and Jose Fernandez on my favorite card of his.

Finally, ending with some football, a 2012 Prestige set need, Shane Collins on a set I just rediscovered 1992 Collector's Edge and a new Sean Taylor.