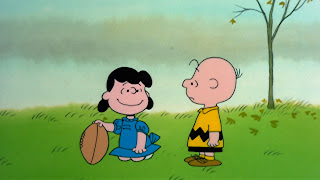 Kicking is weird. Kickers are weird. High stress, high leverage and low usage. Finding one that can consistently deal with everything involved is not easy, as a Redskins fan, this has been pretty evident since a guy named Chip was cut in 1995. If you don't believe me, try to follow along in my Not-So Brief History of Modern Redskins Kickers, Part I. 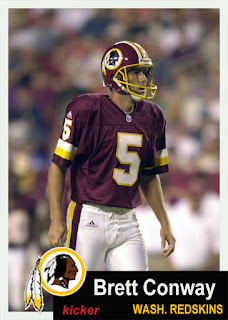 Brett Conway begins the fun and games, brought in for the last 6 games of 1998 as a kick-off specialist (that's right, we carried 2 kickers for 6 games) while Cary Blanchard did the rest of the kicking, earned the job as the sole kicker in 1999, but was then cut after 2 games in 2000 with an injury settlement. Conway would come back that season and kick for the Jets & Raiders, then would return to the Redskins for the entire 2001 season, but would get hurt again after 1 game in 2002 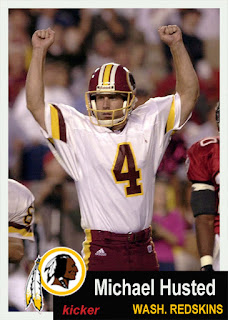 With Conway hurt, Washington signed former Buccaneer and Raider Michael Husted, who would last 4 games going 4/8, highlighted by a 20 yard game winner in overtime against his old Tampa Bay team. 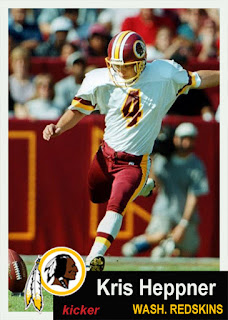 Kris Heppner started the 2000 season as the Seahawks kicker, only lasting 4 games before being released, then was brought in to replace Husted. His Redskins career also lasted 4 games going 4/6, missing a 33 yarder to take the lead with 5 minutes left in a 16-15 loss to the Cardinals. These would be the only 8 games of his NFL career. 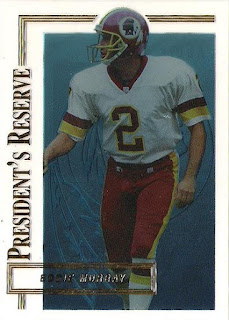 Eddie Murray would be brought in for the last 6 games of the season, his second stint in Washington after kicking in all 16 games in 1995. Murray was 44 at the time and came out of retirement to join Washington. 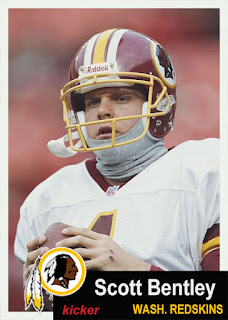 Bentley was brought in along with Eddie Murray to handle kick-offs, the second instance of carrying two kickers (or 3 if you count the punter). Bentley, somewhat of an onsides kick specialist, caught the Rams by surprise on a Monday night and recovered his own kick. He also made his only field goal attempt, a 50 yarder in Week 17 against the Cardinals, in a game in which both he and Eddie Murray made field goals. Bentley and Murray would make a total of 5 kickers used in 2000. James Tuthill, who was with the Redskins in the pre-season would come in for again injured Brett Conway in week 2 of 2002. Tuthill would make 9 of his first 10 field goals, but then missed 5 of his last 6, including 2 blocks, and was let go after 11 games. 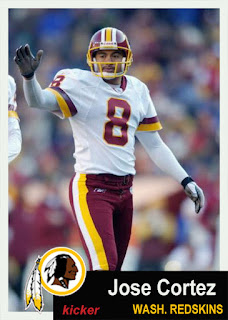 Jose Cortez, who was cut by the 49ers earlier in the season would be brought in for the last 4 games, going 5/8. 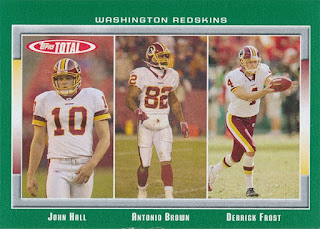 John Hall was a big free agent score for 2003 in an effort to solve the kicking issue, and it worked for a season as he kicked in all 16 games in 2003. That would be his last full season as he never played more than 10 games over the 2004-2006 seasons. (Also a cameo by Derrick Frost who handled kick-off duties for Hall) 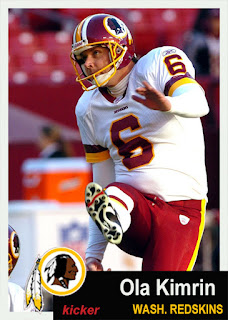 Ola Kimrin, who was best known for being from Sweden, kicked in 5 games starting in week 6 of 2004 with John Hall injured going 6/10. With the return of Hall, Kimrin was released. These would be his only NFL games. 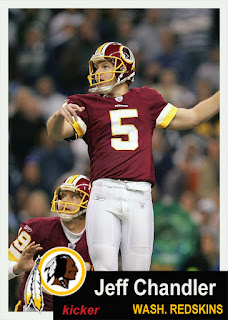 Hall would only last 3 games after his comeback and Jeff Chandler would kick in the final 3 games of 2004, including hitting all 4 of his field goal attempts against his old 49ers team in his first game as a Redskin. Oddly enough Jose Cortez was cut in favor of Chandler in 2002, allowing Cortez to join Washington. 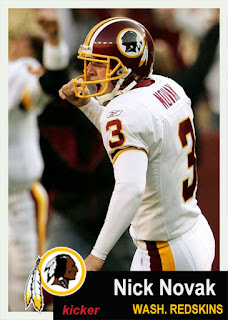 John Hall would start the 2005 season as the kicker again, but only lasted 1 game until he was sidelined. Nick Novak would come in and hit a game winner in overtime in his NFL debut. Novak would kick in 5 games until John Hall came back and finished the 2005 season. In a statistical weirdness, the Redskins only had kickers play in 15 games that year, with Hall not touching the field in a 36-0 loss to the Giants. Derrick Frost kicked off once and that was it for the position. Novak would return in 2006 for 6 games for an again injured John Hall, including hitting a game winner against Dallas in the Troy Vincent/Sean Taylor blocked kick game. Novak was actually pretty big piece of recent Redskins history for only playing 11 games over 2 years. 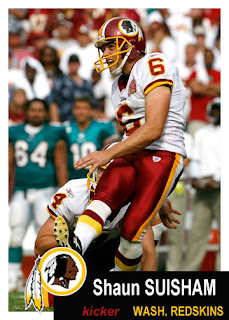 Washington would then bring in Shaun Suisham to compete with Novak. After both being active for the teams 12th game of the year, Novak was released and Suisham played in the last 5 games. With Hall retired, Suisham brought some stability playing in a 32 games over 2007 & 2008. Although he went 18-21 in the first 12 games of 2009, Suisham would be cut after missing 2 field goals in a 7-6 loss to Dallas, and missing a game clinching 23 yarder in a loss to the Saints in his final game with Washington. He would then go on to kick in Pittsburgh for 4 full seasons. 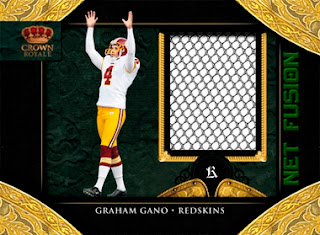 And that covers the first decade (and a little more) of the 2000s, stay tuned for the ongoing saga of the Washington kickers.