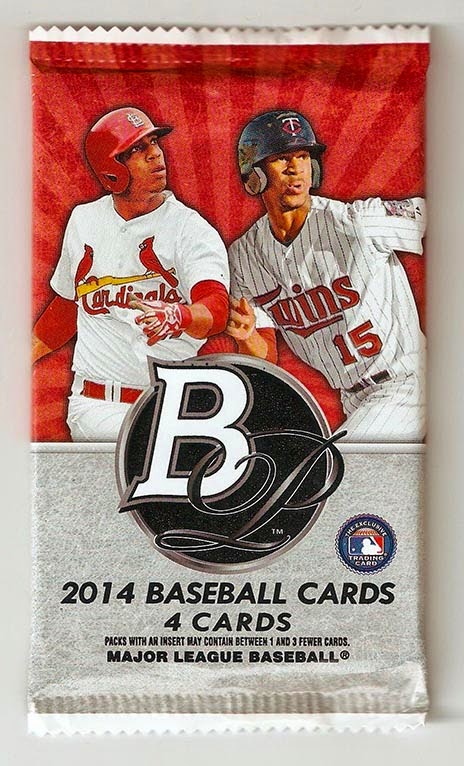 Along with the 5 packs of Gypsy Queen, I picked up 5 packs of 2014 Bowman Platinum. This is a product that I haven't bought much over the years, but have always like the looks of. After seeing the sell-sheet for this years release and really digging the base design, I flirted with buying a box or two, but the low interest and lower resale value scared me off a little. I don't expect to make money off cards, but I have seen way to many bad box breaks of this stuff to drop $120 on a full box. My 5 Packs didn't bring anything special, but the odds were against me with that small of a sample. 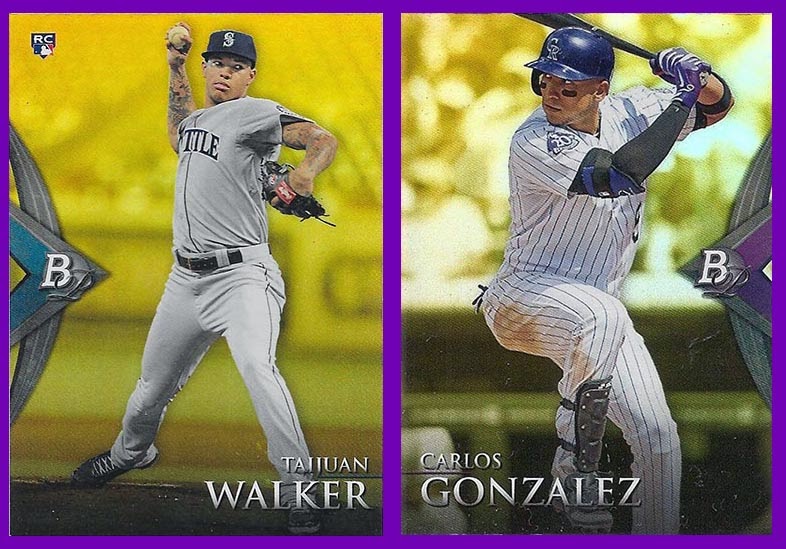 I will avoid boring people with base cards, so here are the two base parallels I pulled. It's always exicting to pull a card of a player you collect. Just a note, my scanner really hates these cards, so all the scans are stolen from online auctions sites, but are basically what I pulled. Nice and shiny and a little more subtle than Bowman and Topps Chrome, full bleed photos are always a win for me. 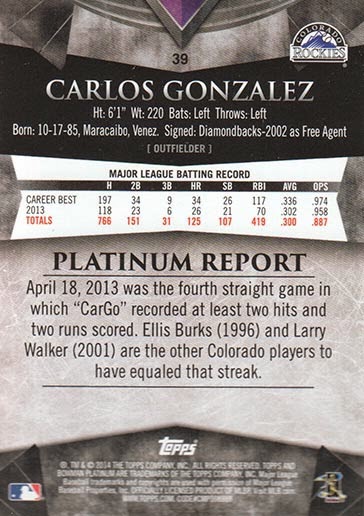 I am also a fan of the card backs, with quick access to sites like Baseball Reference not having full stats doesn't bother as much as it used to. The triangle at the top above the number, along with the one on the card front, is the team color, another subtle touch I appreciate. 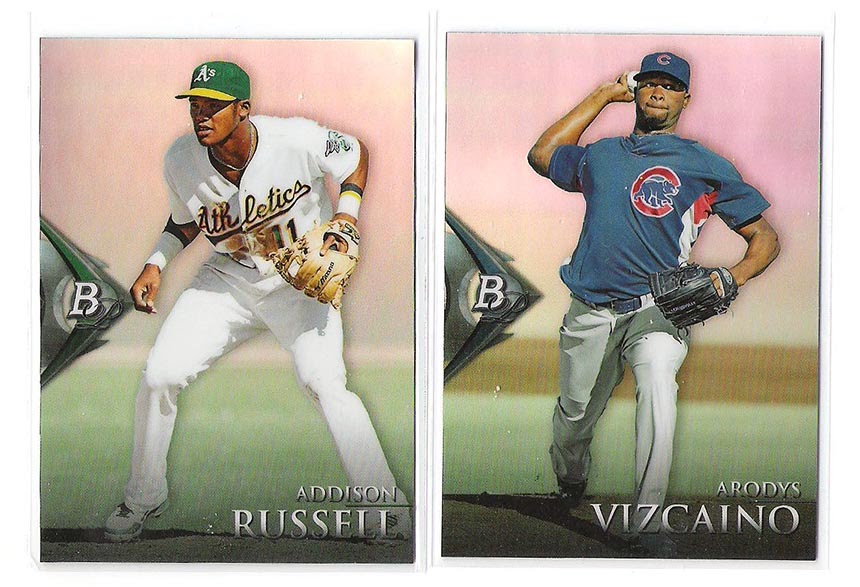 The prospects use the same design, but a different numbering system. These are both refractors which are numbered different from the base prospects (BPP29 for the base, BCPP29 for the refractors). They are pretty easy to pick out of a stack as these two had a slight chrome curl to them. 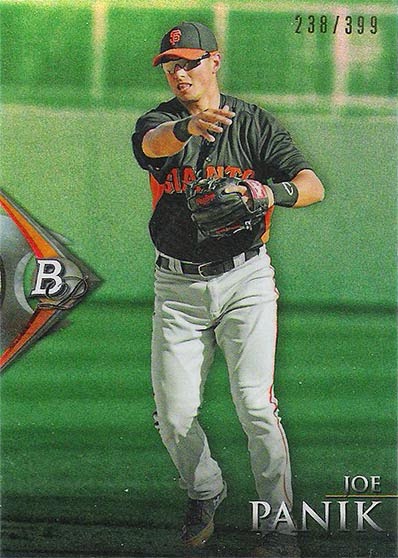 My only serial number was a green refractor of Joe Panik, if I am gonna pull a Giant, he might as well have a funny name. 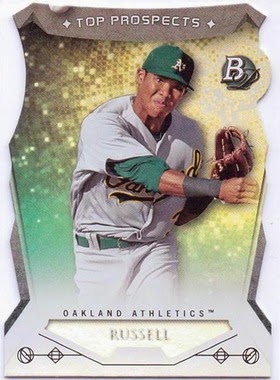 My only insert was Addison Russell, I am officially over die-cuts so this card is pretty meh, although the Toolsy inserts are pretty nice looking. Overall, I am a fan of the cards, but not of the price point, and while I probably won't be picking up a full box, I will definitely be adding a few more of this to my collection.
Posted by Rosenort at 11:41