It was not big news in the hobby world by any means, but a few us north of the border noticed when Upper Deck secured the rights to make Canadian Football League cards away from long-time CFL partner JOGO. All-World, Extreme and Pacific have all tried their hands at CFL cards, but JOGO has been the only one to stick around, although limiting their products to factory sets recently.

I have always though of Upper Deck as a quality brand and was pretty excited to break some, and with a trip to the big city, I stopped in at the LCS and picked up a box.

The "base set" is broken down into three groups, 1-100 being all offensive players, 101-150 being defensive players shortprinted to one per pack, and 151-180 being Star Rookies falling at 1 every 4 packs. Also included are autographs (1:192 packs), Relics and a few other inserts. 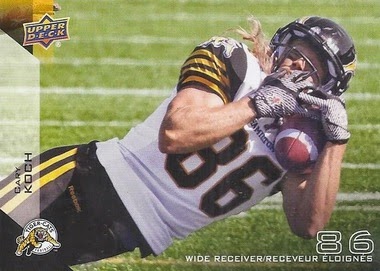 The base cards are nice glossy stock with a minimal border and the good photography Upper Deck is known for with a mix of horizontal and vertical cards. 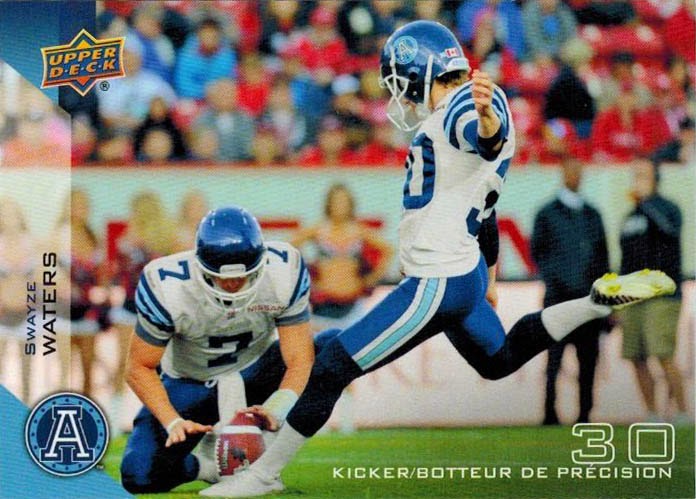 With only 9 teams in which to pull 99 offensive players we get kickers, it has been a long time since I got a base card of a kicker, or botteur de precision. And yes, you are reading that right, the Toronto kicker's first name is Swayze. According to wikipedia he was named after his Grandmothers maiden name, but all I can think of is "Roadhouse" 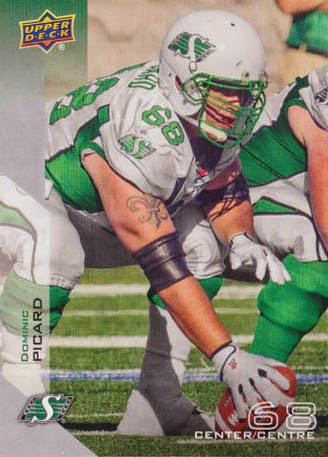 and also O-Lineman, seriously, when was the last time you pulled a card of a center? 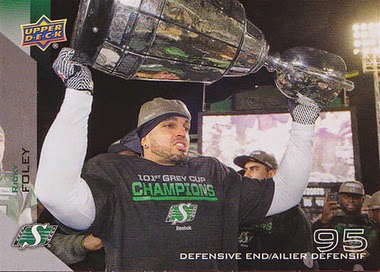 The defensive player short prints follow the same design as the base set. I was pretty happy to pull some Riders including this card with a Grey Cup cameo. 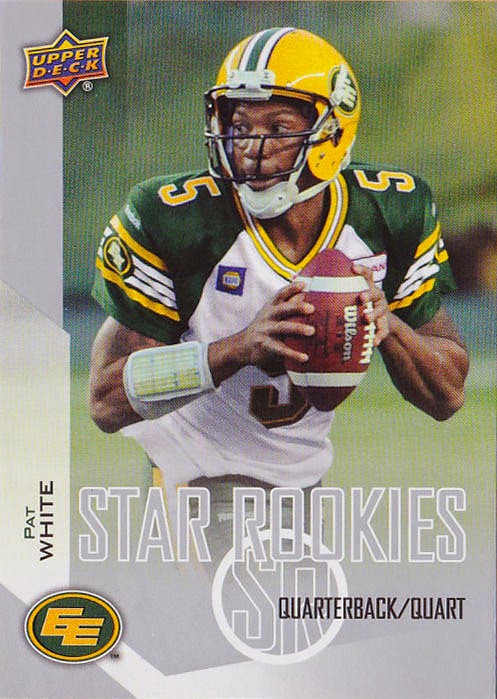 The Star Rookies have their own design, I didn't pull a Chad Johnson which would have nice, but I did pull a Pat White who played with Redskins in the 2013 pre-season. 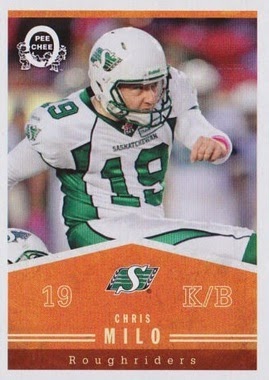 The main inserts are the O-Pee-Chee retro card on old school cardboard stock. What Canadian collector doesn't have a soft spot for the OPC name. These have a "heritage" feel to them and while not a huge Heritage fan, I like what UD did with these. 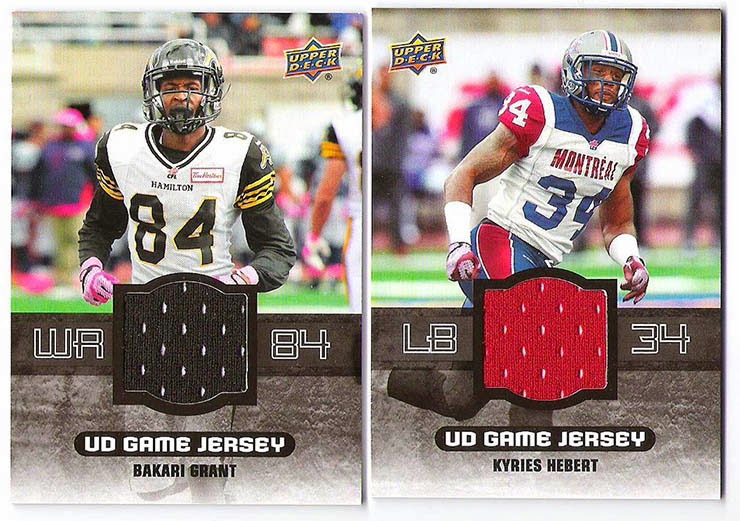 The Relics fall 1:13 packs, so with 24 packs per box the odd box might only have one, but I pulled two. No Riders, but the Bakari Grant will soon be on it's way to a better home and the Kyries Herbert is at least a nice colored patch (really like those Als jerseys). I have seen very few plain white patches so good on UD for that. 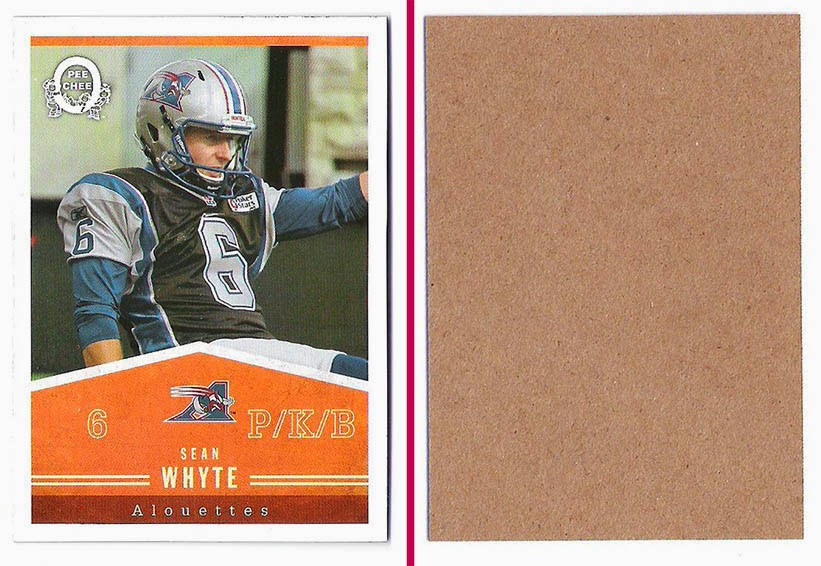 and while I didn't pull a rare auto, I did pull and blank back retro of Sean Whyte (3 kickers in one post, probably a record of some sort), there are no odds on these on the box, but there are very few on secondary site so while a boring card, a pretty nice pull none the less.

My one box totals ended up like this,
Base cards: 99 out 100 (I think the blank back card took the spot of my missing base card as there was another OPC Retro in that pack.)
Defense SP: 24
Rookies: 6
OPC Retro: 8
OPC Retro Blank Back: 1
Relics: 2

To summarize and review, I really had fun with this box, the photography is good and the cards are quality. I haven't actually bought anything CFL since a box of Extreme in 2007, which was a factory set sold in pack form (20 packs, 5 cards per, 100 cards set, no inserts, just a base set in pack form) so it was fun to pull short prints and relics. As someone who prefers autos to relics I would have like to have seen the auto checklist bigger than 6 cards and maybe one per box, but for Upper Deck first attempt at CFL cards it was pretty good.
Posted by Rosenort at 17:28