Just One Pack of 2014 Stadium Club 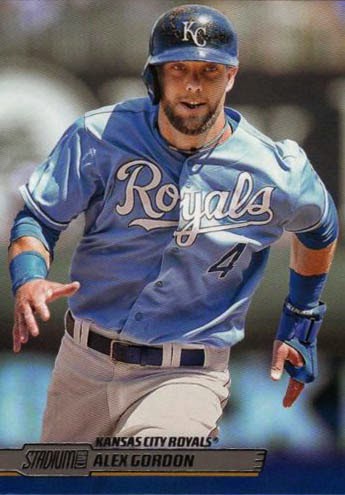 Along with the box of 2014 Upper Deck CFL, I picked up one pack of 2014 Stadium Club, just to see what it was like. Glossy stock, photos are very sharp and pop off the card. First card was Alex Gordon, hoping for a little Royals mojo to keep the Giants from having yet another parade. 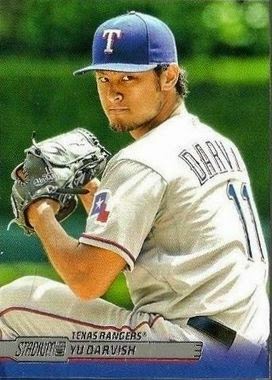 Yu Darvish, not a bad card, but as a National League fan I don't really pay much attention to the man named Yu. 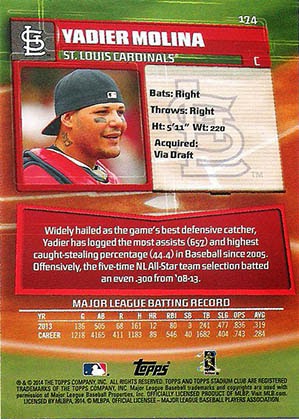 Always happy to pull a Yaddy, my biggest disappointment of this set is the lack of the rookie card on the back of the card, by far my favorite part of original Stadium Club. 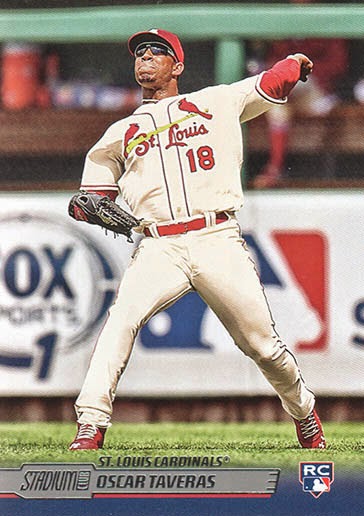 I was pretty excited to to pull this rookie card featuring a nice Cardinals throwback jersey on Saturday. It now has a sombre tone with Oscar Taveras passing away as a result of a car crash on Sunday. Little know fact about Taveras is that he lived in Montreal from ages 12-16, meaning he would have been eligible to play for Canada in the World Baseball Classic. 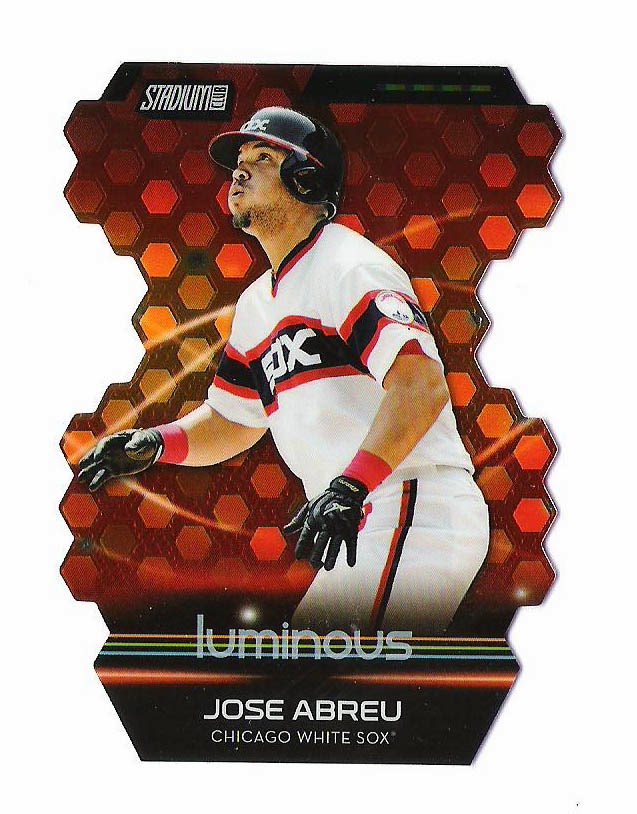 and probably the most valuable card, a die-cut insert of Jose Abreu in another sweet throwback. As I really am sick of die-cuts, this card is now up for auction on the bay.

Nice cards, but another set that Topps has priced out of my range other than a sampler pack.
Posted by Rosenort at 18:37