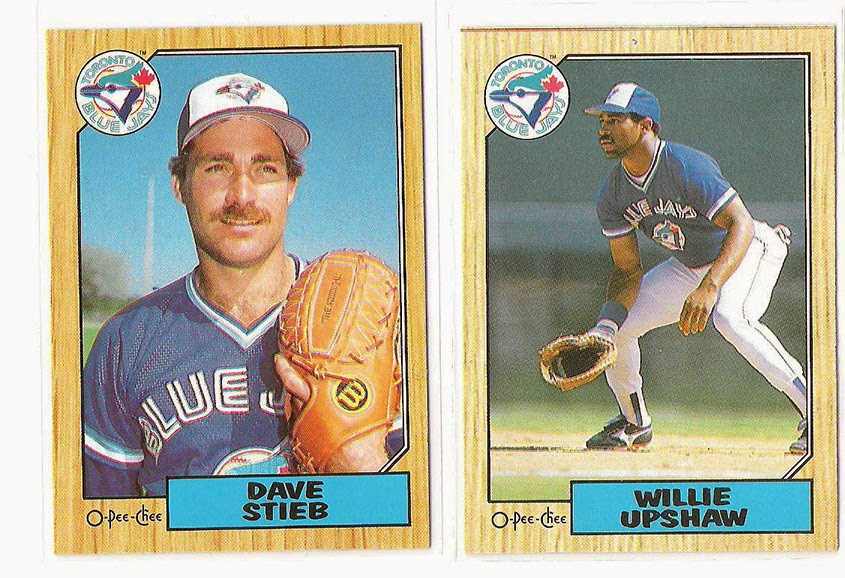 I generally try and stay away from small trades just because of the cost of International shipping, but the odd time a fellow Canuck and I can set up a PWE that doesn't have to cross the border. TBJC had some extra 1987 OPC Blue Jays that came my way, I seem to be making a little progress on this set, which is a little surprising. Also surprising is Willie Upshaw making his second appearance of 2015 on this blog. 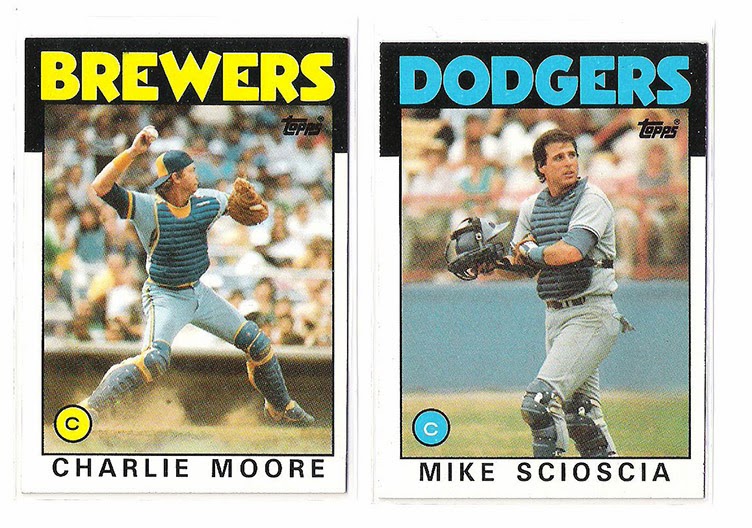 Along with a couple catchers from 1986 Topps, a pretty underrated set in my eyes, and how good is that Charlie Moore card? 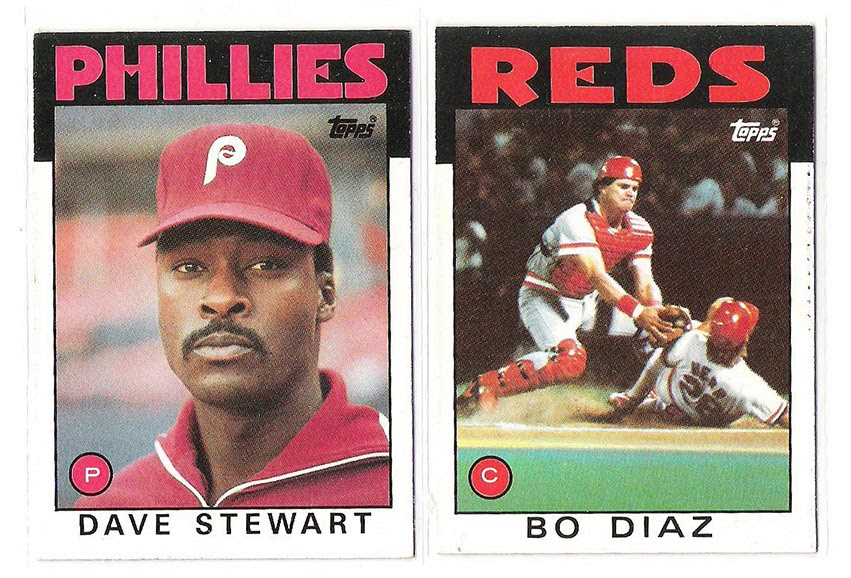 I always forget Dave Stewart was a Phillie, he looks so out of place in anything other than Oakland green to me, and a nice play at the plate with Bo Diaz and a sliding Tom Herr.
Posted by Rosenort at 18:07