Check out My Everything Else 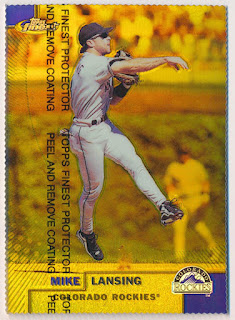 The non-football portion of the package, starting with a long sought after card, one of my favorite parallels of all time 1999 Finest Gold Refractors with a great photo of Mike Lansing. These are limited to 100 and don't pop up very often, this is the first Lansing I have seen in years. 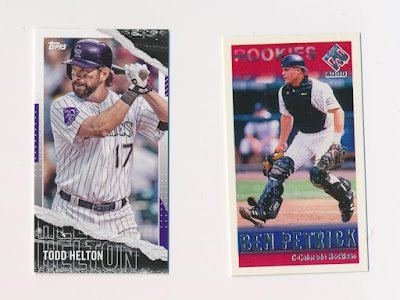 Some tobacco size Rockies from the weirdo Topps Rip product and the Ben Petrick that is not numbered like the regular set would be and has "SAMPLE" stamped on it. There was just too much weirdness going on with Pacific to really know what is going on here, but I have yet to see the regular Petrick show up ever, so this is close enough. 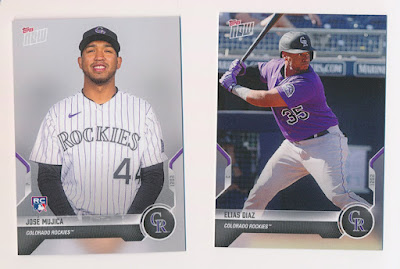 Some Topps Now cards from the "Road to Opening Day" set. The fomo was big here as I guessed this might be the only Rockies card of Jose Mujica (so far it is) and at a print run of only 89, I wasn;t going to let one pass me by. Also at that point Elias Diaz was playing terribad and I though he might get release and this might be his only Rockies card, but he stuck around, had a good second half and will have cards in 2021 Update. 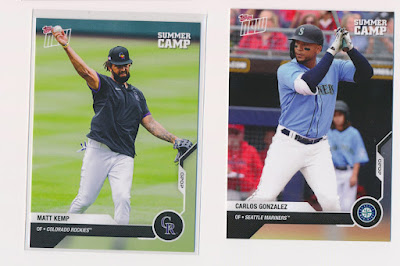 More Topps Now weirdness, "Summer Camp" was basically "Road to Opening Day" for the start of the delayed season. I picked the Kemp up cheap after he was left out of 2020 Update (but was later included in 2021 Heritage) and Carlos Gonzalez who never played with the Mariners, and also has a Zero Year with them in 2020 Heritage Update. 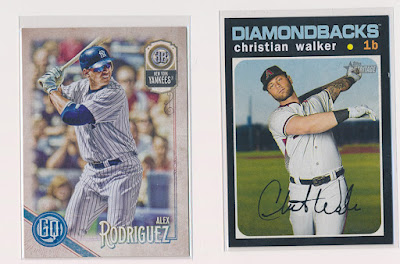 Some Short Print set help, it's no wonder I never finish these, picking up one at a time. 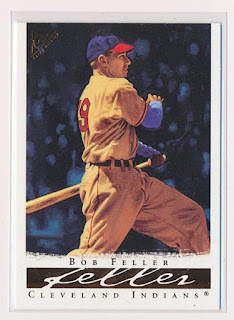 I don't love Topps Gallery, but this seriously old-school pitcher at the plate card of Bob Feller was too good to pass up. 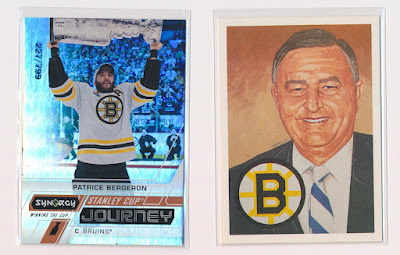 Saint Patrice with the Cup is an easy add, along with Weston W. Adams, Sr. from the Hall of Fame Cartophilium set.

By far the weirdest of the weird cards, a "Goalie Pull" from 2012 Certified, looks like a normal size card, but it has an acetate insert that pulls out for some reason.
Posted by Rosenort at 19:07