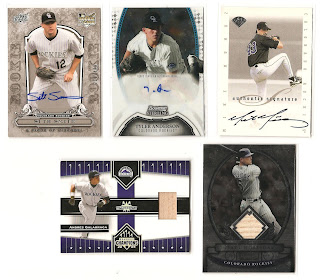 Destined to be lost in the swell of Ginter posts just showing off some cards from a recent COMC order. First some auto's, Current Oakland Athletic and member of the 2007 National League Champs Seth Smith, followed by prospect Tyler Anderson, probably the worst looking auto in my collection and left handed specialist Mike Munoz rounded out with bat cards of Andres Galarraga and Matt Holliday. I think this is the only "relic" card of Galarraga with the Rockies.


Some random Rockies cards including a Brian Lawrence "Zero year" card, some Gypsy Queen's, the black mini's might be my favorite cards of 2012, an acetate Topps Tek and a Todd Helton card filled with goo and sparkles. 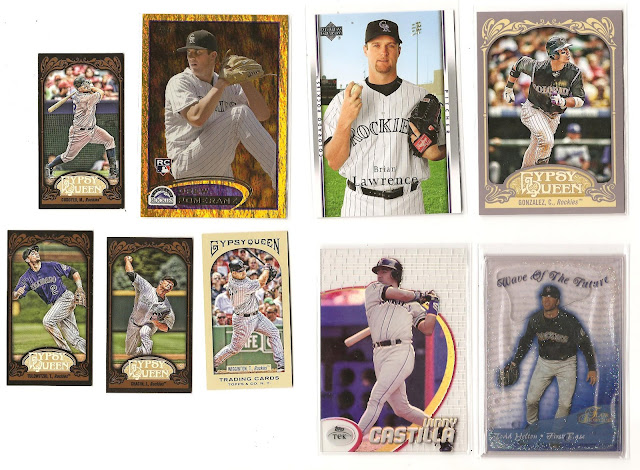